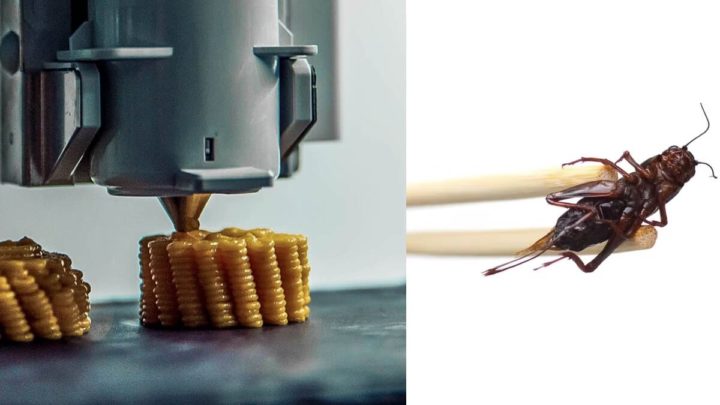 Hunger has not disappeared from the planet. In fact, with this war the problem worsened terribly. Thinking about fighting hunger and food shortages that affect the world, SUTD scientists want to solve the food supply problem with 3D printing. As such, these researchers decided to combine the insects, algae, and other products with vegetables eaten more frequently.

3D print a carrot that contains bugs and other strange foods

As the world population increases day by day, the need and demand for food also increases. Due to greenhouse gas emissions, the global problem with rising oceans and the extreme drought that is starting to be seen on more continents, as well as other factors that harm agriculture (such as war), food sources can be a huge problem for many countries.

The consumption of other types of stranger "foods", such as insects, is not new. As we know, insects and algae are already consumed in some countries in Asia, South America, and Africa. Therefore, scientists are working to use these products to try to solve this problem for humanity.

According to what was made known in a publication on the topic, the Singapore University of Technology and Design (SUTD) research team has been looking for ways to deal with future food supply problems and decided to just print a few. Instead of eating crickets or larvae alone, the researchers decided to combine them with more commonly eaten vegetables, like carrots, to change the flavor.

The look and taste of such alternative proteins can be disconcerting to many. This is where the versatility of 3D food printing adds to the challenge, as it can transform the way food is presented and overcome the inertia of consumer inhibitions.

Said Chua Chee Kai, Co-Author of Studies and Lecturer at Singapore University of Technology and Design. 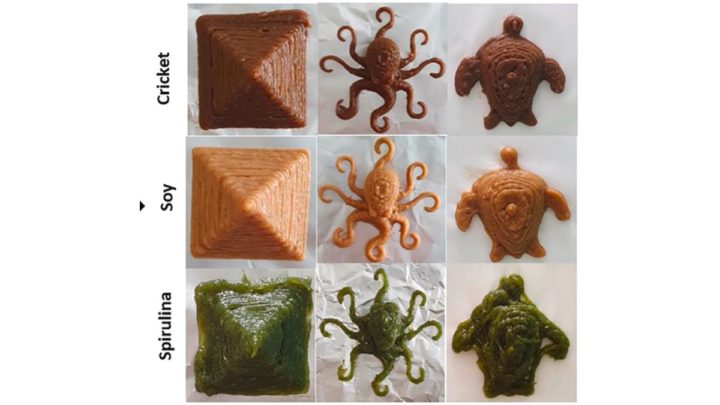 Combining food is not an easy process

According to Azom, combining various food inks and optimizing them for 3D food printing is not an easy operation. The process proceeds primarily through trial and error. For this reason, Prof. Chua and his team worked with scientists from Khoo Teck Puat Hospital (KTPH) and the University of Electronic Science and Technology of China (UESTC) to make the process run more smoothly.

Alternative proteins could become our main source of protein intake in the future. This study proposes a systematic engineering approach to optimizing food inks, thus allowing for easy creations and customizations of visually pleasing, flavorful, and nutritionally adequate foods enhanced with alternative proteins.

We hope that our work will encourage consumers to eat more of these unknown but sustainable foods.

Explained Yi Zhang, Researcher and Professor at the University of Electronic Science and Technology of China. 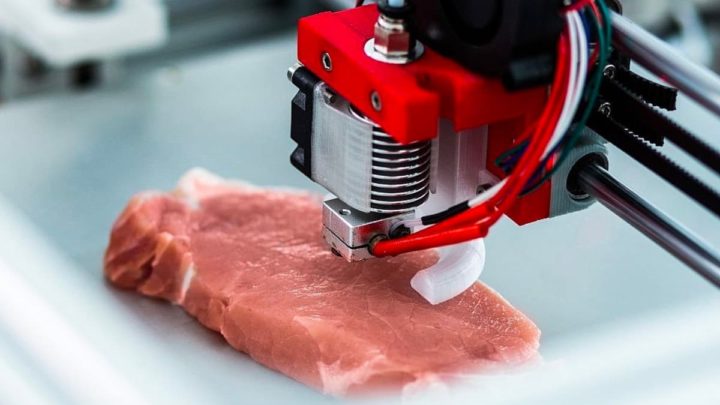 As such, this study can also be generalized to other food ingredients, and the response of food inks like texture, printability, water infiltration can be included for optimization. In the future, this approach may lead researchers to adopt a similar method for optimizing 3DFP food inks which are complex multi-component food ingredients.

Have you ever thought about what it would be like to eat a potato, or a turnip, a carrot and any other food, that you know how it looks, but that contains ingredients such as crickets or algae?