Scientists have discovered 99 million year old flowers preserved in amber blocks. Prehistoric flowers were discovered in South Africa and feature characteristics identical to those observed in plants from fire-prone areas.

They were found in what is now Myanmar and could help scientists unravel how flowers evolved. Because they are a part of the plant that blooms, bears fruit and then disappears, it is rare to find good fossil records of flowers. Robert Spicer, a professor at the University of Alberta’s School of Environmental, Earth and Ecosystem Sciences in the UK, says the finding is extremely important. “These particular flowers are almost identical to their modern relatives. There really aren’t any big differences.”.

The research was published in the renowned journal Nature and the flowers named by the researchers as Eophylica priscatellata and Phylica pilobumensis. Flowers of the genus Phylica are very common in the South African region. 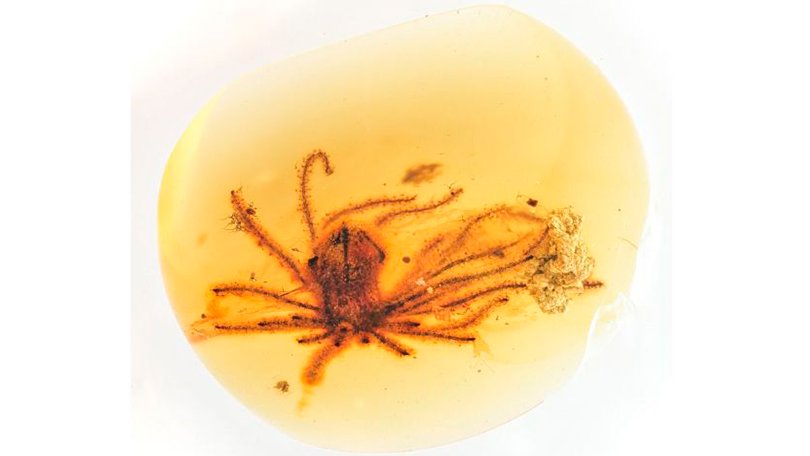 Importance of the finding

Researchers claim that the evolution and spread of flowering plants played an essential role in the formation and diversification of life. Insects, amphibians, mammals, birds managed to evolve and present distinct characteristics based on the dissemination of fruits and seeds from flowers.

Researcher Spicer comments that The date on which flowering plants appeared is not yet known, but the finding may help to clarify this doubt.. The specimens have characteristics identical to those seen in flowers from fire-prone areas, such as the fynbos (thin-leaved plants) biome typical of South Africa. The flowers were found next to another amber fossil that contained partially burned plants.

Phylica pilobumensis is the first flowering plant known to have nearly identical relatives still alive today. According to the researchers, if the first flowers were exposed to fires in semi-arid locations, this explains the absence of the fossil record of the early stages of angiosperm evolution, which could help identify the moment when angiosperms appeared on Earth. .

Here we have preserved in amber all the details of one of these early flowers just at the moment when flowering plants begin to spread around the world, and it shows an excellent adaptation to seasonally dry environments that sustain vegetation exposed to frequent forest fires.