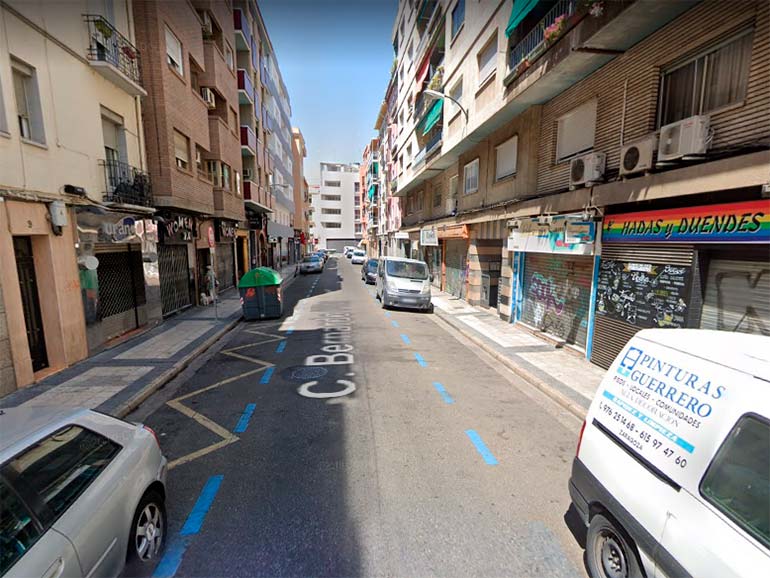 A couple suffered a homophobic assault on Bernardo Fita street in Zaragoza, in the area known as El Ambiente, last morning from Sunday to Monday. The couple, as ARAGÓN PRESS has been able to confirm, was hugging and about eight young people began to insult them shouting “fags”. One of them responded to his insults and a boy punched him in the face, breaking several teeth. Tonight a homophobic event has also been repeated on Fita Street. When a group of young people, after insulting customers with homophobic comments, did not want to show their ID at the door of a nightclub and began to beat local staff with belts to end up throwing glass bottles at them.

Diverse groups of LGTB + fight are already preparing some mobilization in the city to denounce this aggression and the continuous violent humiliations that, according to they defend, are taking place lately in the Environment of Zaragoza.

The homophobic aggression took place at dawn from Sunday to Monday on Bernardo Fita Street. As reported, two young homosexuals were embracing in a doorway and a group of eight kids began to insult them shouting “fagots.” The couple responded to their harassment and received punches from the alleged assailants. One of them reached their mouths and broke several of their teeth. After that, they stole one of their victims’ mobile phone.

The last row took place this Tuesday morning when the doorman of a disco on Bernardo Fita Street asked a group of young people for their ID and Covid passport. They responded with insults and, at one point, to attack the local staff with belts. According to the complaint, they even threw glass bottles at them.

Rubén Somalo, psychologist from the Aragón Diversa public psychological care service, considers that these acts are “very serious” and that, in recent months, “El Ambiente” has become an “unsafe and hostile” place. Somalo believes that “they come to look for a fight because they know that we are more vulnerable” and also requests that the police presence in the area increase.