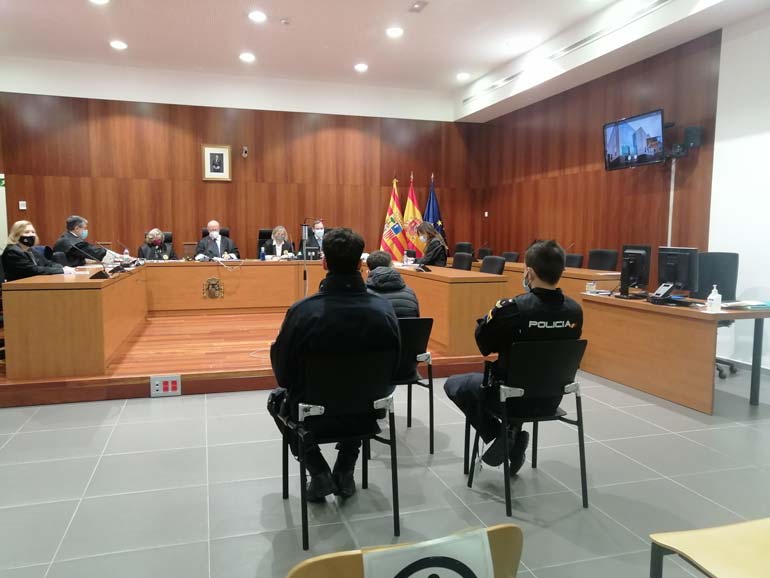 A young woman denounced this morning before the judge that she had suffered a rape by her ex-boyfriend after being subjected to controls over her personal life for months. The defendant, as explained by the young woman, raped her after consuming a large amount of cocaine at the home of a friend of both and that, once the alleged sexual assault occurred, “the boy left the room laughing.”

The girl has declared having suffered controls from her ex-boyfriend, currently in prison for another crime, during their relationship. “He controlled me a lot, he looked at my photos and conversations. He told me not to go with people he didn’t like ”.

The alleged victim has related that she met her ex-boyfriend at the house of a mutual friend and that he began to take drugs. The girl, who did not like her addiction to cocaine, recriminated what she was doing. Annoyed with the situation, she found her ex-boyfriend punching the walls to the sound of “you’ve screwed up my life.” Their friend let them be alone for a while to sort things out by getting down for a few liters of beer.

It is here when, once the discussion was over, they had consensual sexual relations until the accused pounced on her and, according to her testimony, did things to her that she did not want or had allowed. The girl, who has denounced that she asked him to stop on numerous occasions, has claimed that he pressed her against the wall. “He threw me like a bear, I couldn’t move because he held me tight.”

Once finished, the young woman declared to the judge that “she left the room crying and he laughing.” Several days later he reported what had happened to the police. The defendant only wanted to answer his lawyer’s questions and replied that he “did not have sexual relations” of the nature that the young woman denounces.

Their friend, now the girl’s current partner, has declared that he heard screams but that it was not until the girl came out and explained what happened when he found out what had happened. “I heard a woe, stop, stop and then I saw her leave -the girl- in depression mode.”