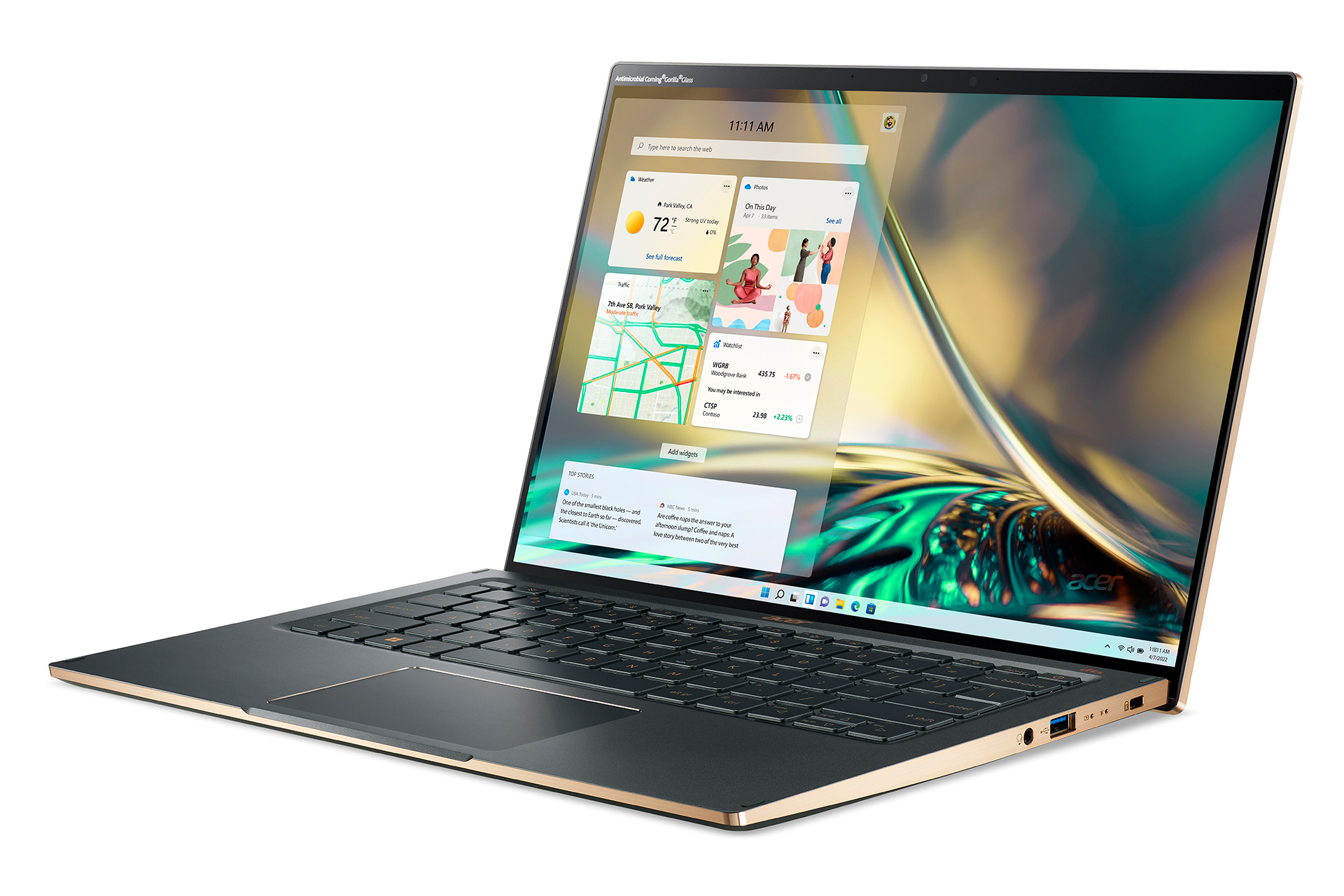 Acer is wasting no time in making use of Intel’s 12th generation ultraportable processors. The PC maker has revealed new versions of its Swift 5 and Swift 3 laptops that not only make use of new 12th-gen Core chips, but include a handful of upgrades of their own. Most notably, the new Swift 5 (pictured above) has moved to a 16:10 2,560 x 1,600 display whose higher aspect ratio not only helps with vertical content like documents and websites, but helps eliminate the “chin” present in its 16 predecessor: 9 . The two-tone aluminum housing also gives it a more premium look, for those times when you want to impress the executives.

The revamped Swift 5 includes up to a 12-core CPU, 16GB of LPDDR5 RAM and 2TB of SSD storage. It also meets Intel’s Evo spec for 10 hours of true battery life and fast charging that gives you four hours of use from a 30-minute charge. Two Thunderbolt 4 ports, two USB 3.2 Gen 1 ports, and HDMI 2.1 also provide rock-solid connectivity. The system is heavier than its predecessor at 2.65 pounds, but you might not mind the upgraded cooling (improved dual fans and D6 heat pipes), a low-noise 1080p webcam, and a trackpad made from waste plastic on the back. Ocean.

Be ready to wait. Acer ships both systems in June, with the Swift 5 starting at $1,499 and the Swift 3 at $850. The Swift 5’s price is a sharp increase from the $1,000 you’d pay for the late 2020 model. , but Acer also seems to be targeting a more sophisticated audience – there doesn’t seem to be much compromise.