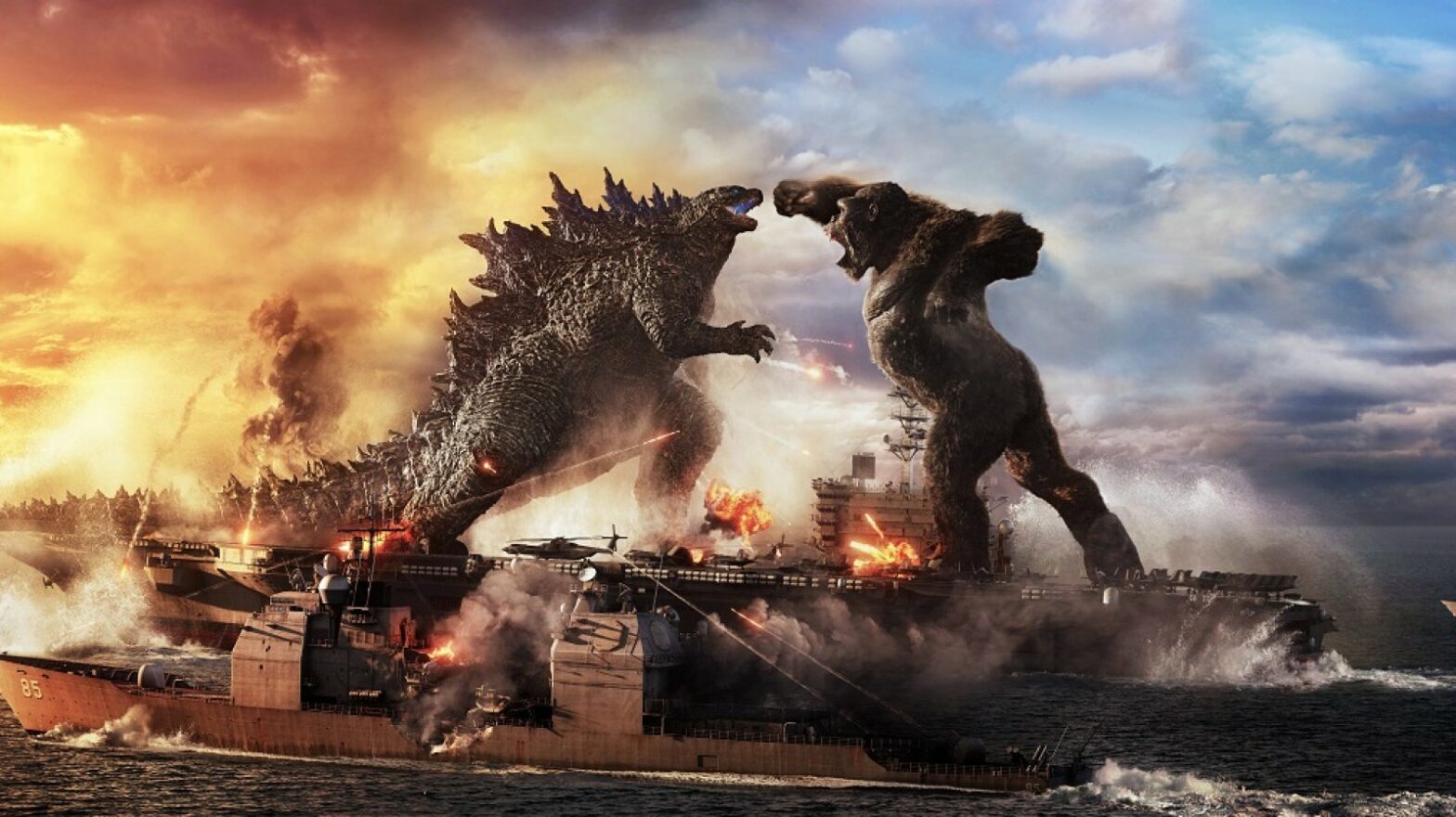 The MonsterVerse unites Godzilla and King Kong in a shared universe. Last fought the giants in “Godzilla vs Kong“ (2021) against each other. But what movies does the MonsterVerse include? And how does it continue?

MonsterVerse: Which Movies Does It Include?

MonsterVerse: This Is What Godzilla Is About

In the US reboot “Godzilla” in 1999 there was a super meltdown in the Philippines and the site of the disaster became a restricted area. 15 years later, Joe Brody (Bryan Cranston) is still searching for the causes of the accident. He doesn’t believe an earthquake was to blame, as official authorities say.

Joe Brody is correct in his suspicions. There is a monster in the exclusion zone that feeds on the radioactivity. “Muto” starts to destroy everything and people are at a loss. Ichiro Serizawa (Ken Watanabe), who has been researching primeval monsters for a long time, has an idea: he wants Mutos to fight against his natural enemy: Godzilla.

MonsterVerse: What Kong: Skull Island Is All About

Led by Lieutenant Colonel Packard (Samuel L. Jackson), a group of people are brought to a mysterious island in the Pacific. Among them are the special forces veteran James Conrad (Tom Hiddleston) and the war photographer Mason Weaver (Brie Larson). The participants of the expedition want to explore the island for different reasons.

However, as they explore, they encounter unexpected dangers: a giant great ape named Kong lives on the island. And he’s not the only monster…

MonsterVerse: This is what Godzilla 2: King of the Monsters is all about

Five years have passed since Godzilla and the creature Muto appeared. Since then, people have lived in constant fear of monsters. Monarch, the scientific organization that takes care of everything that happens to the monsters, is given a choice.

The government’s ultimatum is: Either Monarch places himself under state supervision or all monsters are killed. Meanwhile, Dr. Emma Russell (Vera Farmiga) a device that helps her communicate with the prehistoric creatures. But suddenly it falls into the hands of eco-terrorist Alan Jonah (Charles Dance)…

MonsterVerse: This Is What Godzilla vs. Kong Is About

Mankind is fighting for sheer survival, because the earth is full of oversized monsters. Among them are Godzilla and Kong. The creatures collide in a battle of unimaginable proportions…

What comes after Godzilla vs. Kong?

The MonsterVerse could be expanded to include at least one movie. The Hollywood Reporter is said to have exclusively learned that there are talks of bringing director Adam Wingard back for another monster movie. There are no concrete plans, but in fact there are probably ideas in the room. One of them is “Son Of Kong”.

“Godzilla vs. Kong” cost about $170 million, according to The Hollywood Reporter. The monster film has grossed more than $467 million worldwide (via BoxOfficeMojo) — even though it was released in the middle of the coronavirus pandemic. The work took almost 100 million more than its predecessor. No wonder then that the main studio responsible for Legendary could consider expanding the MonsterVerse.

Film tips for you

Outside of the MonsterVerse, there are numerous exciting films that you should definitely check out. These are, for example, the best science fiction films of all time. Also, we can recommend these space movies. Do you feel like laughing? These are three of the best comedies of all time. And here we present you good mood films that are guaranteed to be more than run-of-the-mill comedies.