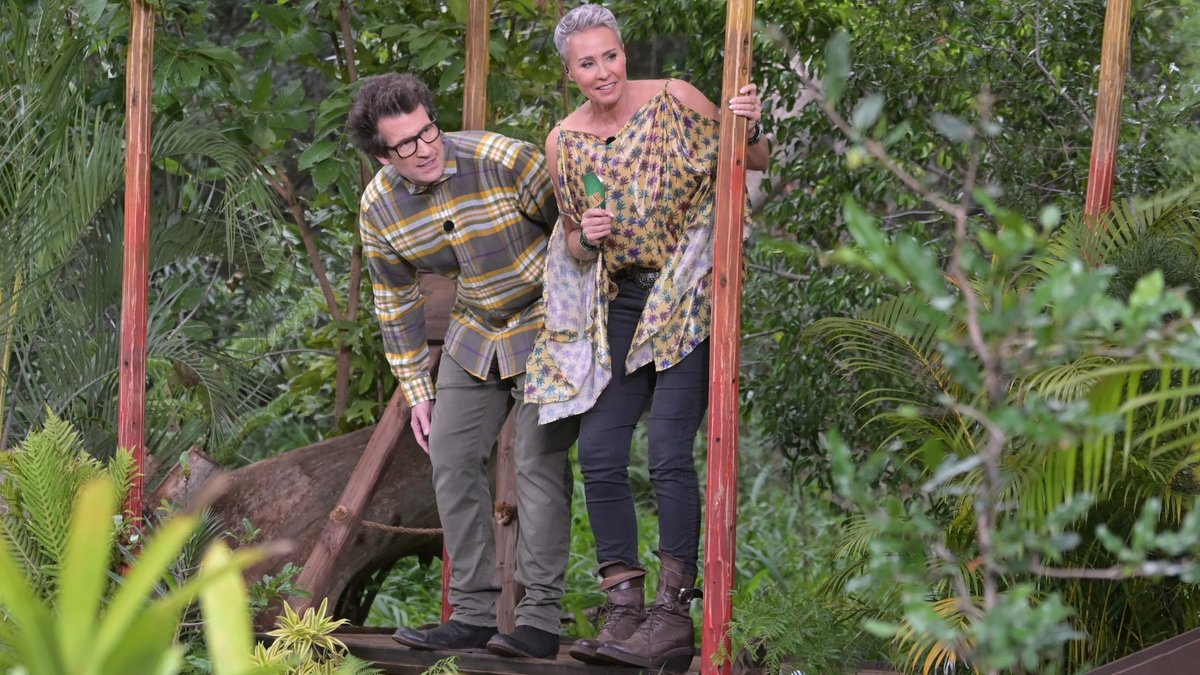 Daniel Hartwich (43) quit his job after nine years as a jungle camp moderator. “I don’t need to say anything other than my tears. Thank you for nine unforgettable years,” said Hartwich’s visibly touched colleague Sonja Zietlow (53) on Sunday evening in the jungle show “The Nachspiel” (via RTL +). His successor is therefore following in big footsteps. Who will comment on the events of the camp and jungle tests with a pointed tongue in the future alongside Zietlow in “I’m a star – get me out of here!”

One of the first speculations about Hartwich’s successor was Chris Tall’s (30) name. The comedian is not an unknown RTL face, has already worked as a “Supertalent” juror or moderated his own show “Murmel Mania”. After some users had expressed their dissatisfaction with the possible successor, comedian Alain Frei defended his colleague in a Facebook post at the beginning of February. Chris Tall commented on the post and eliminated the rumors. “The funny thing is that so far there hasn’t even been a request from RTL […] Ergo: I have nothing to do with it, but I can read 1000 times more who thinks I’m shit and why. This internet is really ugly sometimes. Once the stone rolls, you won’t be able to stop it.”

In the case of all further speculation, it should be emphasized that RTL has not yet specifically commented on the Hartwich successor. But who else does the in-house media group have to offer?

Entertainer Hape Kerkeling (56) retired from show business on the occasion of his 50th birthday in 2014 and announced his big TV comeback in March 2021. At the end of November he presented the VOX travel documentary “Hape and the 7 Dwarf States”, in which he became a travel guide and visited Andorra, Liechtenstein, Luxembourg, Malta, Monaco, San Marino and the Vatican. In December, the station also showed another program: In “An Evening with Hape Kerkeling” he read from his book “Pfoten vom Tisch! My cats, other cats and me”. Another project has already been announced: RTL will continue the film comedy “Club Las Piranjas” in a mini-series of the same name and Kerkeling will once again slip into the lead role of the cunning entertainer Edwin Öttel. The all-round talent, who once moderated “Let’s Dance” before Daniel Hartwich, could deepen his renewed RTL collaboration as a jungle camp moderator.

Another moderator who seems to have found his place at RTL is Guido Cantz (50). At the end of December 2021 he celebrated his farewell as moderator of “Do you understand fun?” (Das Erste). At the beginning of January he was seen in the RTL program “Gipfel der Quizgiganten” alongside Günther Jauch (65) and Johannes B. Kerner (57). He has been presenting the new edition of “7 days, 7 heads” since the beginning of February. Commenting on the show, he said, “After 12 years, ‘Do you get the joke?’ I’m looking forward to the next television classic with ‘7 days, 7 heads’. Hosting a weekly comedy show has been on my bucket list for a long time. At that time, I signed my first major TV contract with RTL. It’s nice to be back home.”

In any case, Oliver Pocher (44) would bring the necessary sharp tongue. The comedian is also a well-known RTL face and has gained enough moderation experience with “5 gegen Jauch” or his own late-night show “Pocher – dangerously honest!” At the end of 2021 he also invited Ilka Bessin (50) for the first time to his own RTL annual review “Accounting of the Year”. He is even familiar with presenting a reality show: in 2013 he presented a season of “Celebrity Big Brother” with Bessin. And the moderator also had something to do with the jungle camp. In the past season “I’m a star – get me out of here!” he analyzed the events in the camp as a guest in the “hour after”. In the RTL interview, the comedian has already shown interest in the Hartwich successor: “If I were up for it, it would be a great show for me.”

Member of the jungle camp universe

What is certainly not harmful for a jungle camp moderation is experience and knowledge about the successful reality show. Who brings that better than ex-campers? “I think we have a lot of potential among the former jungle campers. As an insider, they would be predestined for it,” explained Matthias Mangiapane (38), fifth place winner from 2018, shortly after Hartwich’s farewell announcement in an RTL video. “I could do that too. I have a sharp tongue and I am a jungle expert.”

In addition to former jungle campers, other protagonists from the jungle universe could have their big appearance. Big reunion shows have already been moderated by Angela Finger-Erben (42), Frauke Ludowig (58) and Olivia Jones (52). The latter would even bring its own jungle experience: in 2013, the drag queen took second place in the jungle camp.

At the beginning of February it became public knowledge that the 15th season was also Hartwich’s last. Since 2013 he has been in front of the camera with Sonja Zietlow for the format. The reason for his departure is his family, who will no longer be able to accompany him in the future because of compulsory schooling, he said in a statement. According to “RTL.de”, RTL entertainment boss Markus Küttner explained his successor: “As far as his successor in the jungle is concerned, we have already had the first, very good talks.” Küttner also revealed that after a trip to South Africa, production will resume in 2023 should return to its original place: “The jungle belongs to Australia and we will produce the show there again if that is possible.” This depends on the global corona situation.

Daniel Hartwich fans don’t have to do without the moderator entirely. He is currently in front of the camera for the 15th season “Let’s Dance”.