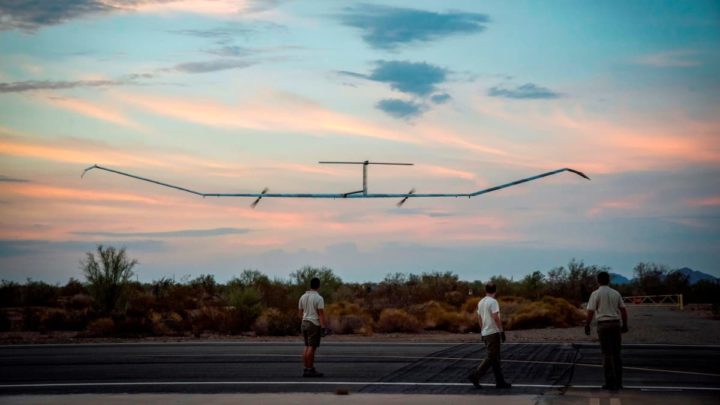 Named Zephyr S, the Airbus drone has been in the air for 17 consecutive days, having been powered by solar energy since the first.

This machine is designed to remain in the stratosphere for several months.

Airbus is carrying out a high-altitude flight with its solar-powered, unmanned Zephyr S drone. According to a report by the The Drive, the pseudo-satellite has been in the air for 17 days. This machine, which can also be considered a drone, is designed to remain in the stratosphere for several months at a time.

The Airbus drone took off from the Proving Ground in Yuma, Arizona, on June 15, and has since been tested, flying over the Yuma Test Range and the Kofa National Wildfire Refuge. The goal is for it to be able to stay aloft for long periods of time, allowing it to serve as a sensor platform for the army.

The last time the Airbus Zephyr S was in the air was in 2018, and the drone lasted for 26 days. This time, the duration of the trip is anyone's guess.

In a statement, a spokesperson for the APNT/Space CFT office, which is part of the Army's Futures Command, told The Drive that the latest flight tests are intended to "test the UAV's energy storage capability, battery longevity and , solar panel efficiency, and station maintenance capabilities”.

With its ability to remain in the stratosphere for months at a time, Zephyr S will bring new capabilities to see, feel and connect commercial and military customers alike. Zephyr S will provide the potential to revolutionize disaster management, including monitoring the spread of fires or oil spills. It will provide persistent surveillance, tracking the world's changing environmental landscape and will be able to provide communications to the most disconnected parts of the world.

He wrote to Airbus last year in a statement.