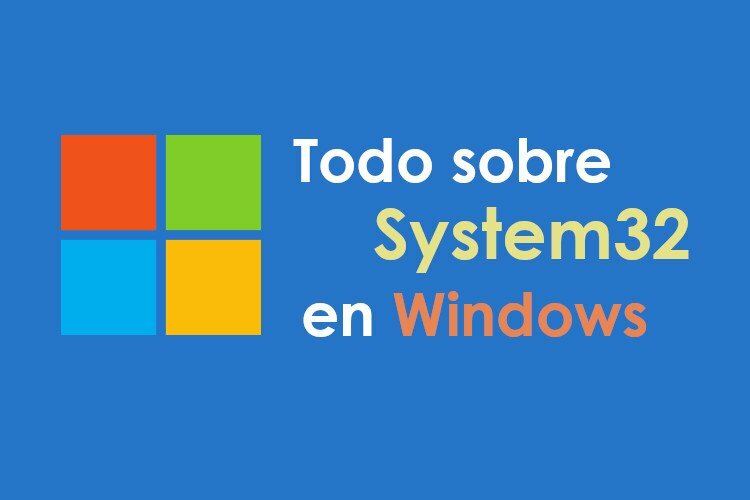 System32 is the name of a folder used by the Windows operating system that contains files crucial to normal Windows operation, so it should never be deleted. All files and sub folders that make up the system32 folder are copied to the hard drive during the initial installation of Windows, usually in C: Windows System32 . This is valid for 32-bit and 64-bit versions of Windows.

Contents
What do we find in the System32 folder?What runs on System32?What happens if you delete System32?Cascading complications of a missing system32Other problems that may occurRelated articles that you might find interesting

Some of the system32 files are programs that you may be used to, but most are application files that are used for various purposes, but have never been opened manually. Because many of the important Windows system files are in system32, error messages often pertain to files in this folder, particularly DLL errors. It is also the only place where you will find dasHost.exe, used to connect to wired and wireless peripheral devices, such as a mouse or keyboard.

What do we find in the System32 folder?

This folder, system32, can be several gigabytes in size, and due to its large number of elements, it is difficult for us to mention them here. However, you might be surprised to learn some of the things it contains. There are hundreds of files .EXE, thousands of files .DLL and other things like Control Panel applets, MS-DOS applications, DAT files, and more.

When you open the command prompt, you are actually running cmd.exe from the system32 folder. This means that you could go to the folder C: / Windows / System32 / and open various programs like this like System Restore via rstrui.exe, Notepad with notepad.exe, etc. Most computers have the system drive assigned with the letter C, but yours may be different. Another way to open the folder system32 regardless of the drive letter it is by running WINDIR / system32 from the command prompt.

What runs on System32?

Several commonly used programs are also run from this folder, such as Control Panel, Computer Management, Disk Management, Calculator, PowerShell, Task Manager and a disk defragmenter. These are applications that come with Windows and that we see as part of the operating system because they are stored in the system32 folder.

Some of the subfolders you can find in system32 They include config, which contains various Windows registry files, drivers that store device drivers and the hosts file, and oobe for Windows activation files.

What happens if you delete System32?

If someone told you to remove system32 to fix something or because it is a virus folder, or for whatever reason, you should know that many things will stop working if you remove the system32 folder from Windows. Therefore, forget that advice.

System32 it is a crucial folder that stores many files, some of which are always up and running so that various things will run smoothly. This means that many of the files are locked and cannot and should not be deleted normally. The only safe way to remove it would be from outside of Windows, that is, from a rescue / repair boot disk. The FalconFour Ultimate Boot CD is an example of a tool that can remove security restrictions on system32 and allow you to remove all files.

However, even if you could easily delete the entire folder, your computer would not function properly. Windows may start a repair process after trying to load the missing files, or it may ask you if you want to run advanced repair tools. What follows would be a long list of system errors as your computer slowly crumbles until it shuts down.

Cascading complications of a missing system32

For starters, assuming Windows allows you to log in, you will encounter basic file errors related to “/ Windows / system32 /” that explain that certain things cannot be executed or communicated correctly because they cannot be found. Many of these would be “not found” or “missing” DLL errors. Missing drivers would make it impossible for Windows to communicate with the computer hardware. This can include your keyboard and mouse, monitor, hard drive, etc. It is difficult to do many things on your computer when you cannot identify the hardware that is needed to interact with Windows.

Because several important system processes would be killed along with system32, normal operations would stop working. Internet access could be affected, your desktop may not display things correctly, and something as simple as turning off your computer may not work as it should.

The registry, which you would have deleted with system32, contains a lot of instructions on how things work, so with that data gone, along with the missing DLLs and operating system files (and the process winlogon.exe now removed which is used to register it), it is highly unlikely that you will see the login screen.

Other problems that may occur

In addition to those problems, there is the main problem of the file winload.exe missing used by most versions of Windows. BOOTMGR you need to load that file for other things the OS needs to work like ntoskrnl.exe, another vital system file used to manage things like memory and processes. By the way, ntoskrnl.exe would also be removed if system32 it will be eliminated.

Remove system32 it is not recommended at all and should not be done. Even if you think it is infected with malware, a more convenient cleaning method would be to run a malware scan or repair Windows. If the folder system32 It manages to be partially or completely removed, or if it is too infected to repair, the best course of action is to reinstall Windows.