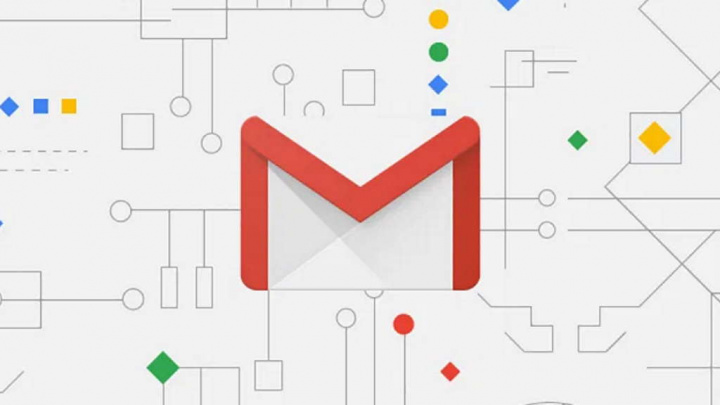 Google has a major change to the Gmail interface in the works. It wants to apply Material Design to all users, with major changes in what is offered and in the use that this interface will offer to users.

Until now the new Gmail interface was something that could be chosen and used. That changes now and soon Google will apply this Gmail change to all users, thus making it the default that everyone can use.

Gmail's big change began in February of this year, with the new image that Google prepared for its email service. The changes are quite visible and bring Material design to the search giant's email service.

With a tight integration of various elements and services, this new interface completely changes the way Gmail is used. Until now it was possible to use it for anyone who decided to make the switch to the novelty. 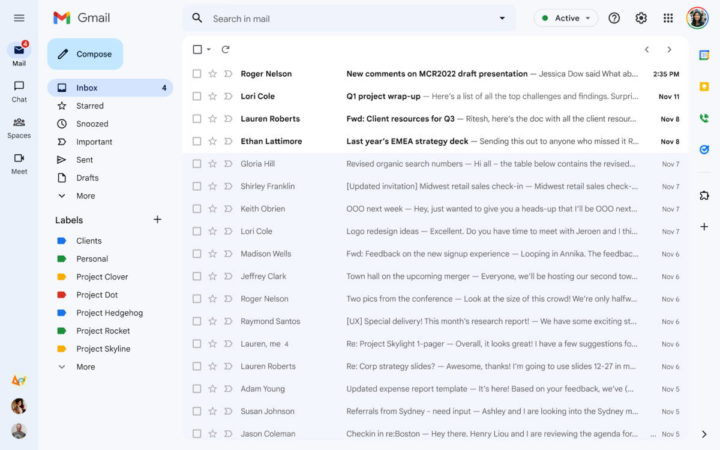 The big change that comes now, and that Google announced, is that the new interface is becoming the default for Gmail users. They can now indicate that they want to use the old interface, thus refusing the change.

The idea behind the new Gmail is to offer an integrated view that allows you to quickly access other Google apps, such as Chat and Meet in a single interface. Notification bubbles will also be displayed for each app. In the future, Google will offer a unified search experience so that it also shows results from built-in apps like Chat. 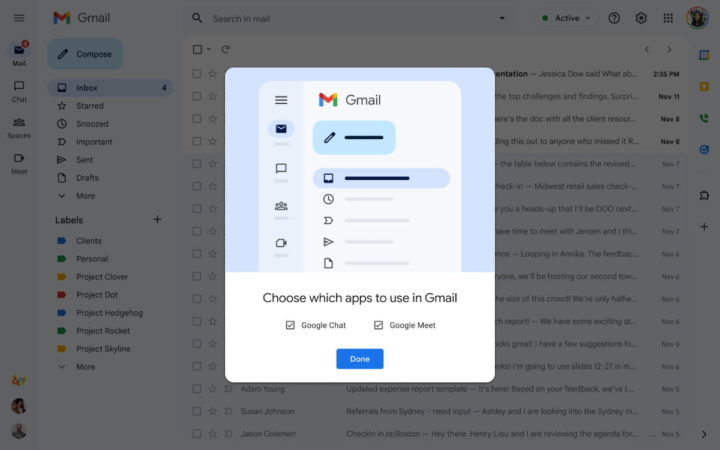 Of course, it will be possible to use a cleaner Gmail interface, with the selection of services that will be available. This customization is an important extra and it will certainly be used by users to choose what they want to have present, as they already do on Android.

Of course, this whole process will end with Google taking this new interface as default and with no possibility of change. This moment will come much later and the priority now is to follow the schedule that pointed to the second quarter of 2022, this change that is happening now.