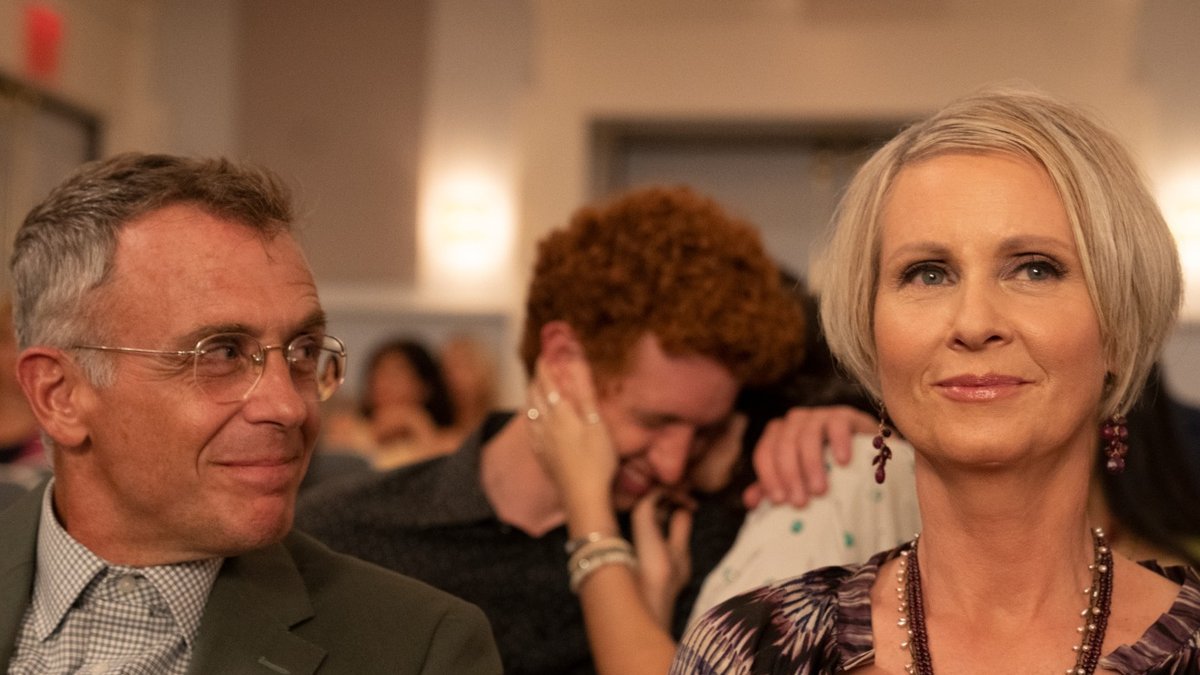 The “Sex and the City” spin-off “And Just Like That…” has been on Sky and Sky Ticket in Germany since the beginning of December. In the USA, criticism of the character Steve Brady, played by David Eigenberg (57), has been increasing since the start. Miranda Hobbes, embodied by Cynthia Nixon (55), is no longer happy in her marriage to Steve Brady in the series. However, she does not talk about this with her husband, he seems to be completely in the dark about this and gets little to talk about.

Contents
“Even loved ones have crises”(tae/spot)

Vogue criticized that Steve Brady’s hearing loss “shouldn’t be his central personal characteristic”. The men on the show “appear to be ghosts of themselves.” The Cut recently headlined “Steve Deserves Better” and asked, “Where is Steve anyway on this show?” Writer Roxane Gay, 47, tweeted that the show’s creators “didn’t give Steve a single good scene.” “He’s just walking around yelling and talking absolute nonsense. That’s bizarre. He was so lovely.”

The series’ executive producers, Julie Rottenberg and Elisa Zuritsky, have now responded to the criticism. Speaking to Vanity Fair, Zuritsky said, “Everyone on the show, every single person, loves David Eigenberg as a person. We love him as an actor. We love Steve.” Zuritsky promised there would be one more scene where Steve would also reveal his feelings.

“Even loved ones have crises”

The creators of the series “didn’t necessarily want to create virtuous characters,” said Elisa Zuritsky. “Even loved ones have crises. Even moral, generally wonderful people make decisions that aren’t necessarily admirable or virtuous.” The reality is that “sometimes your friends make decisions that you may disagree with or worry about, but you have to let them make their own decisions let hit”. Sometimes it’s difficult, says Zuritsky.

“Adult couples grow apart, and people come to realizations about what their spouse does or does not fulfill for them. Miranda’s story was very representative of a specific path that many women find themselves on,” added Rottenberg.