We talked about a lot of science news, we tested the Hyundai Bayon city car and the Huawei nova 9 SE smartphone, and much more.

Fortunately, mental health is increasingly relevant and an increasingly explored topic. For that reason, experts have been studying how Zuckerberg's plans for the metaverse might impact individuals.

Opinions are not unanimous and the debate involves understanding whether this impact will be positive or negative.

The new Huawei nova 9 SE was presented in mid-March and is one of the most robust proposals in the mid-range of the smartphone market. The model has photography as a trump card, it was not a Huawei smartphone, but its attributes go beyond that.

After a few days of testing, we present you with some of these attributes.

A company from Vila Nova de Famalicão is developing a very interesting product in the area of ​​security and alarm. Imagine that, without much apparatus, you can know if there are strange people at your door or even inside. Or if the person in your care has fallen or gone somewhere they shouldn't. It is in this line of information that HelpInTex is being developed. It is a carpet with technology that will be able to identify who walks over it.

The project reaches its last stage of development this year, although there is still no date to reach the market, nor an indicative value of sale to the public.

The world has changed a lot since NASA placed the gold discs on Voyager. These messengers contain selected sounds and images as a sample of Earth's diversity of life and cultures and are addressed to any extraterrestrial life forms. In addition to this message, which is at the far reaches of the Universe, there are other interstellar radio messages sent by large telescopes, such as Arecibo. Now we have many more trying to find alien life.

A team of international researchers from NASA's Jet Propulsion Laboratory has outlined a new design for a message aimed at intelligent extraterrestrial life.

We have seen here several times that technology is an excellent ally of medicine. Proof of this is, this time, a magnetic slime that could be used in the digestive system to, for example, help reduce damage resulting from ingesting a battery.

Although it was announced around April Fools' Day, its creators have already proven its veracity.

With the practice of cryptocurrency mining still very active at a global level, many brands take this opportunity to develop authentic golden hens that, in essence, are equipment dedicated to this activity.

In this sense, Intel recently announced its new chip called Blockscale, an ASIC specialized in the extraction of digital currencies.

Hyundai, over the last few years, has focused on a more European design for its vehicles and driver assistance technologies that make life easier for the driver. As such, within its offer we found adjustments in the segments to meet the needs of the consumer. A successful case of this philosophy is the new member of the B-SUV segment, the Bayon. This is a crossover designed specifically for Europe. The manufacturer's objective is to democratize technology, making it accessible to everyone.

We tried the Hyundai Bayon and left our experience behind the wheel of this urban SUV.

Elon Musk has expanded its presence in new markets and new technologies in an accelerated way. Their interests are increasingly different and proof of this is the news that companies like Tesla have shown.

Something that is in the pipeline to be presented soon is Optimus, Tesla's humanoid robot. Now, Elon Musk's company finally has a plan for its production, which should start very soon.

Consumers are increasingly demanding and are therefore looking for brands that are committed to innovation. With this in mind, Nike will open a new Technology Center in Atlanta to help the company reinvent the consumer experience.

The opening of the new facility is scheduled for 2023.

Facial recognition has always been a sensitive topic for European authorities who, until now, have used systems such as fingerprints or DNA to identify people. However, a European-wide facial recognition system will be being developed with a database on an unprecedented scale.

Its implementation, however, is not consensual and regulators point to many criticisms of the system.

Monster Energy Supercross: The Official Videogame 5, this year's edition of the official Supercross World Championship game, has now been released.

The development of the game was again in charge of Milestone, which has a lot of experience in the development of motorcycle games, such as MotoGP, Hot Wheels Unleashed or MXGP 2021 can exemplify.

Around the world, many are those who wish to be immortal. Although it is a questionable wish and, for now, it has been proven impossible to fulfill, the scientists managed, in turn, to reverse the aging of human cells.

The tests of the experimental phase managed to reverse aging by 30 years.

It is a new milestone in the discovery of space. Scientists may have glimpsed some of the oldest material in the Universe. according to one studyyet to be reviewed, researchers found an unidentified object nearly 13.5 billion light-years away.

This one is nearly the age of the universe itself, meaning the object, dubbed HD1, is likely a particularly distant galaxy. 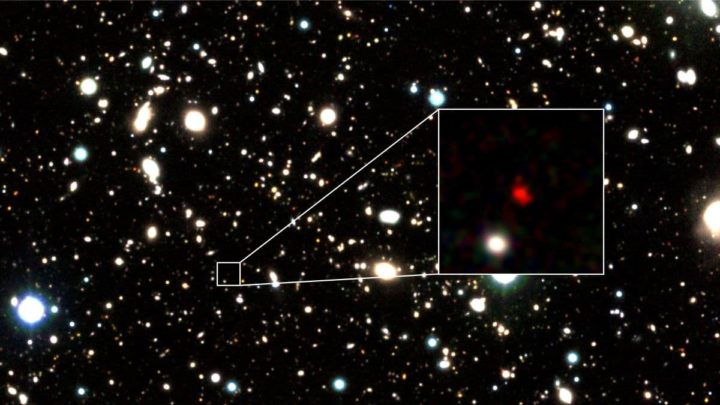