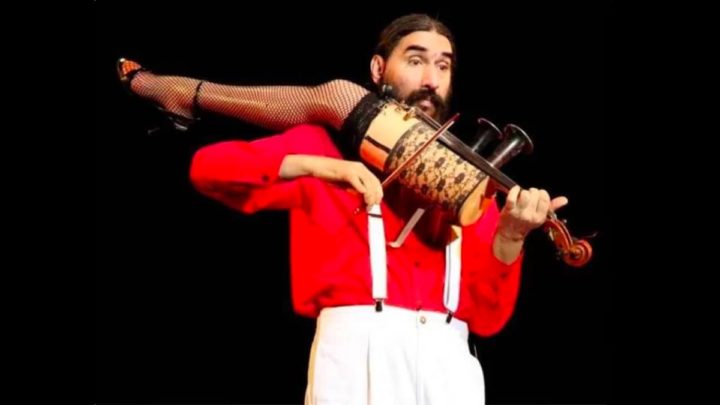 It’s hot, it’s nothing new. But we all know that, in Portugal, when it’s hot at night, fires catch firefighters sleeping and start spontaneously. They have life. They are born, they grow, they breed and then they die. Therefore, there is no doubt that the fire in our forests is a creature with a natural cycle of existence. And that’s all right, year after year… the TVs show new generations of forest fires giving birth…

Contents
JOKES WITH HUMORvideosSpectacular… next to the ridiculousRoberto Carlos gets angry at a show and tells a fan to shut up: “Porr*, Caralh*”What guy… is he down there?Destroyed a rare Ferrari worth over 30 million dollarsFor now these are the best failures of the yearCa p..a drunk girl!!!OFadass a tuck tuck with 27 people?The Perfect $50,000 Home Bought by Elon MuskIdiots behind the wheelIs he going to get all messed up?Japanese advertising is anythingJames Webb Telescope Discovers a Universe with Thousands of Galaxies and Millions of StarsFantastic footage of a storm filmed by a droneBrutal beach volleyball playWhen the TVI reporter gets emotional talking about his land on firefantastic pictures of 2022Incredible…The engine failed and… there was only one chanceA thousand musicians playing Guns…physics for idiotsCLICK HERE TO SEE PAGE 2

Speaking of normal things now, let’s see some strange images, from another world, but that were not captured by telescopes. Yes, these appear around the corner. Good weekend.

One day the lion, the king of the jungle, decides to go on vacation and leaves everything to the sheep.
The sheep was passing by when the wolf arrived riding a motorcycle, without a helmet. The wolf and the sheep didn't get along very well with each other, and the sheep decided to take advantage of this time.
Tell him to stop, slap him and say:
- Go get the helmet!
- But...but...but...
- Shut up and get the helmet!
And off the wolf went, but the next day the same thing happens, and so on for a week. So the wolf, full of bandages and bandages, calls the lion to tell him what happened.
The lion says he's going to talk to the sheep:
- Hello, sheep! I hear you're beating up the wolf just for a little helmet. But why don't you come up with a better reason to hit him? I already know! How about if you asked him for a glass of wine, if he gives you white wine you hit him because you wanted red, if he gives you red, you hit him because you wanted white.
- Good idea! That's exactly what I'm going to do!
The next day the wolf goes on the motorcycle, the sheep tells him to stop and he was already all curled up:
- Don't hit me!
Don't hit me!
- Do not worry. I won't hit you. Give it to me but it's a glass of wine.
- White or red?
The sheep slaps him:
- Go get the helmet!

A 10-year-old boy was watching his mother taking a shower and asked her what was between her hairy legs.
- It's a toothbrush! replied the mother.
The kid didn't say anything, and suddenly burst out laughing!
The mother asked him what he was laughing about, and the boy replied:
- Oh mother, yesterday I saw the father using the maid's brush!

A blonde leaves a bar drunk, trips and falls under a cow. After sucking all 4 tits she asks:
- Which one of you takes me home?

Once the father took his 3 children to wrestling.
Then the middle asks:
- Who is winning??.
the father replies:
- It's the one on top.
One day at home, the kids hear their parents' bed hitting the bedroom wall and go to see it. They peeked through the lock and the youngest says:
- Look, Mom is winning.
The middle says:
- Look, now it's daddy.
And the youngest says:
- Now they took a break.
- Because? - asked the other two!
The youngest responds:
- Mom is eating ice cream!!

Spectacular... next to the ridiculous

Roberto Carlos gets angry at a show and tells a fan to shut up: "Porr*, Caralh*"

Destroyed a rare Ferrari worth over 30 million dollars

For now these are the best failures of the year

OFadass a tuck tuck with 27 people?

Idiots behind the wheel

Is he going to get all messed up?

Japanese advertising is anything

Fantastic footage of a storm filmed by a drone

The engine failed and... there was only one chance