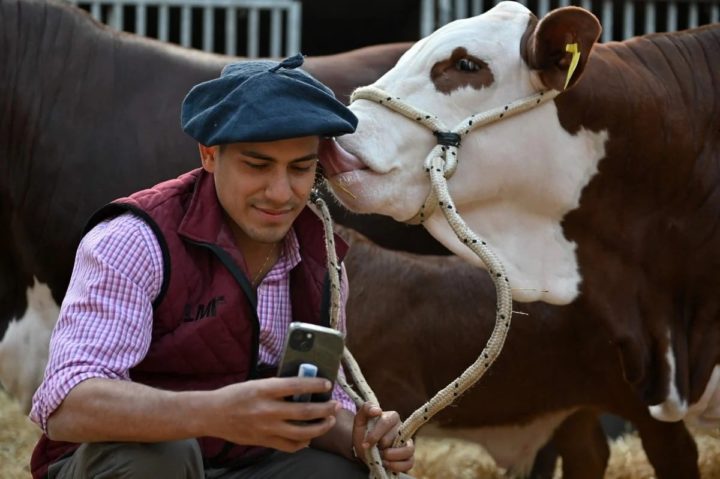 Funny how the art world behaves. As we are in a humor section, bringing the “mouth” that São José Lapa sent to the great Pedro Abrunhosa is… to laugh. The woman, who has a much less showy career than Abrunhosa, who will go down in the history of the artistic world, but a few steps below Pedro, said that “My voice is NOT your voice Pedro Abrunhosa… … Never!”

Contents
JOKES WITH HUMORvideosLet’s start with amazing imagesSo much magic in this illusion… fantastic trickMan catches a child who fell from the 5th floorSummer storm destroys restaurant in secondsAnd failures that remind no one?Elephant takes a friendly approach to “gamar” sugar caneSailor Bruno Queirós watches a unique moment on the Tagus: the birth of a dolphinBoat launch into water could have gone very wrongWhen you hire idiots to do the workWhale falls on top of a boat while trying to eatThings I don’t know if I believe happened around hereVideo filmed on Saturday shows a helicopter used in the filming of the movie “Fast XAttack of a white shark… this one was born again!Colombian police burned a ton of drugs in the open and neighbors were stunnedWhen everything doesn’t even go wrong… but it doesn’t even go well eitherNow some videos from another part of the planetWhen you know what you’re doing at worklike a bossCraziness…what a fantastic voiceCLICK HERE TO SEE PAGE 2

Here, we have to invoke Jorge Palma, probably for the scenes and such… but above all for the theme “Let me laugh“. Ahh great Pedro Abrunhosa, yes Putin go to that side you said so well. Your voice, great voice, great posture, is that of many, and certainly of many who don’t even know who São José Lapa is. , today we bring you a Lapas stew… with salt, coarse salt!

A Portuguese who emigrated to Brazil a few years ago has now come to Portugal on vacation. On the beach, he met an old friend who congratulated him on the success of his activity and the great fortune he had achieved.

Ask the other:
- And that was such a profitable business for you?!

Reply to the other:
- Very profitable indeed! When, later, we ended the partnership, I took the money and he took the experience…

Portuguese emigrant in Switzerland goes to a hotel to feel the snow. This hotel was the only one in that instance and it housed skiers. On the wall was a sign that reported the conditions of the snow:
-> Neuchatel, 12 cm, soft;
-> Lausanne, 18 cm, slippery;
-> Schaffhausen, 15 cm, consistent.
Now, someone wrote:
-> António Silva (emigrant), 24 cm, hard.

An emigrant armed in franciú was walking in Ribeira when he saw a man carrying his dog. The emigrant stooped down to pet the dog and the following dialogue develops in the French of an emigrant and the Portuguese of a guy from Puerto:
- Uh there there! The votre chien is very beautiful!Comment sapelle o seu chien?
-Look at me, this mutt of shit armed with a sly...you must think that only he knows how to speak a foreigner...wait a minute, I'll fuck you up! Look, the animal is an abec!
- Avec?!
-Yeah, fuck, abec!
- But...but...avec in French means "with"...
- So this is what the fuck? A chicken ?! No! It's a coum!

So much magic in this illusion... fantastic trick

Man catches a child who fell from the 5th floor

And failures that remind no one?

Sailor Bruno Queirós watches a unique moment on the Tagus: the birth of a dolphin

Boat launch into water could have gone very wrong

When you hire idiots to do the work

Whale falls on top of a boat while trying to eat

Things I don't know if I believe happened around here

Attack of a white shark... this one was born again!

🇨🇴🌎| Colombian police incinerate a ton of drugs in free air and vecinos end up drugged.

A poorly controlled burning of a ton of marihuana ended up in a piece of paper for the Colombian police.#Colombia #Latin America pic.twitter.com/0wWSsG6r5e

Now some videos from another part of the planet

When you know what you're doing at work

what a fantastic voice