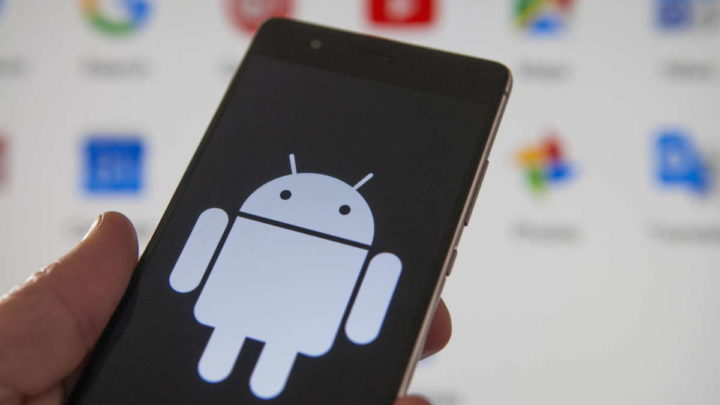 Android is, without any doubt, the mobile operating system that is installed in the overwhelming majority of smartphones around the world. And this system already has several versions, the most recent being Android 12.

Contents
Android 12 has only 2.6% of usersWhat version of Android do you use on your smartphone?

However, according to recent data revealed by a survey, Android 12 currently has only 2.6% of users. The first place belongs to Android 11, which is found in almost 30% of the devices.

Since this is the most recent version of Google's operating system, it is logical to think that it would be currently being used by most users. However, it seems that the reality is different.

According to a recent survey of its customers by uptodown, an alternative app store to Google Play that already has 130 million users, Android 12 currently has only 2.6% of users. In turn, Android 11 leads the table, being the choice of 29.5% of users. In second place is version 10 installed on 25.2% of smartphones, followed by Android 9 (11.5%) and Oreo version 8.1 (11%).

In the following image you can see the graph with these results. 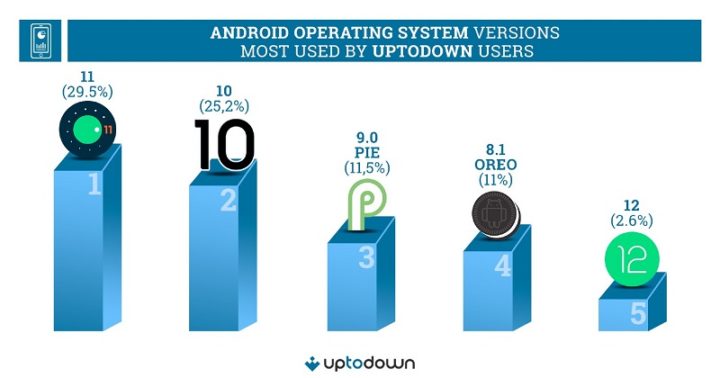 But these results are not that uncommon, because often out of habit and resistance to change, some people prefer to stick to the system they had on their equipment when a new version was released.

On the other hand, it may only be a matter of time before people adopt Android 12 en masse, and it becomes the brand's most used operating system.

In addition to this data, Uptodown also revealed the most popular smartphone brands. And here, Samsung leads with 31.62% of the votes, followed by Xiaomi with 16.31% and Huawei with 11.07% of the votes.

There was still room for questioning about the most used browser, with Google Chrome leading the way with 83.6% of the choices.

What version of Android do you use on your smartphone?