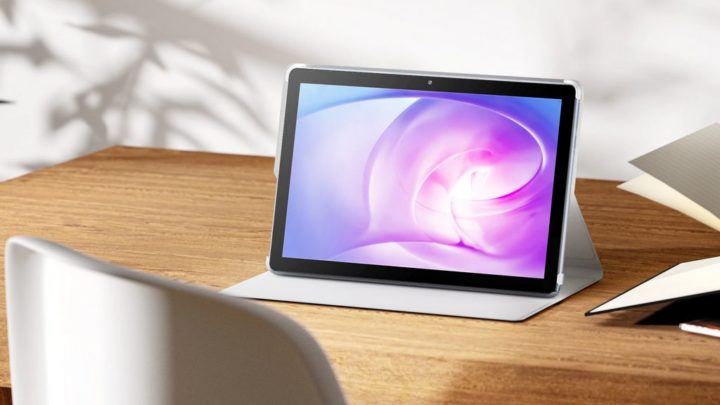 The tablet boom is no longer as strong as it was a few years ago. However, these equipments are still frequently used by many users and for different purposes, from professional, social and recreational tasks, where, in the latter, children also have a significant weight in their use.

And when it comes to numbers and market share, the latest data indicates that Android tablets still lead this sector, which is not surprising. In turn, Apple tablets grew during the first quarter of this year 2022.

According to recent data released by a survey by the analysis firm Counterpoint Research, the sale of tablets with the Android operating system continues to lead and dominate this market. However, those that rely on Apple's iOS system, that is, iPads, showed a growth in terms of market share in this first quarter of 2022, compared to the last quarter of last year.

According to the details, overall, the market showed a drop of 9%. And speaking only in the case of Android devices, even after several launches of Samsung models, there was a decrease in global deliveries of 14%, that is, sales went from 25.4 million units in the last quarter of 2021 to 21, 9 million in the first three months of this year. This drop may have several reasons, such as pressures in terms of inflation and the economic recession, something that especially affected the segment of low and medium-range tablets. 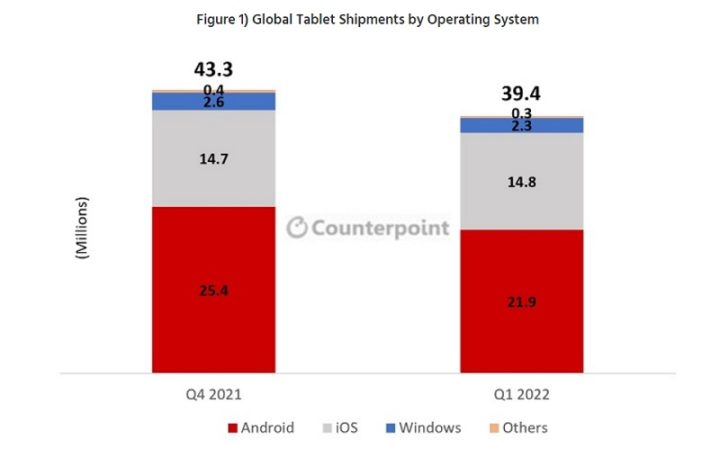 On the other hand, Apple's iOS tablets maintain a growth line, showing a 4% increase in their market share. As a rule, apple brand customers are loyal to the company's products, and are not so affected by market problems. In addition, the launch of the iPad Air 5 also stimulated sales and promoted this growth. 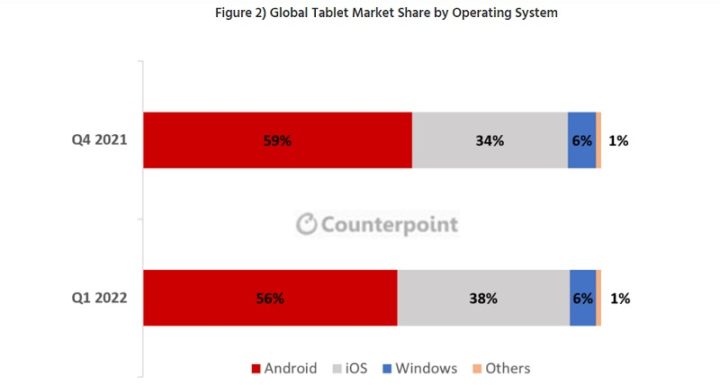 Windows ends up being the third most popular operating system on tablets. And although it showed an 11% reduction in shipments to the market, it maintained its 6% share this quarter.