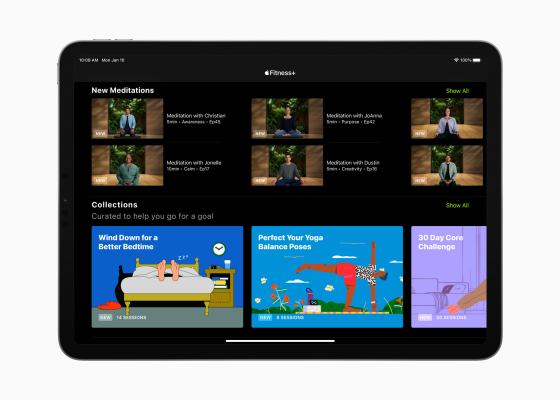 Apple Fitness+ is introducing a new “Collections” feature along with a new “Time to Run” series starting January 10th. The collections are a curated series of exercises and meditations from the Fitness+ library organized to help users reach a goal. The feature builds on nearly 2,000 workouts to give users a new way to get motivated when starting their next workout. Apple says Collections will give users a suggested plan to help them make specific training choices.

The six collections that will be available at launch include “30-Day Core Challenge”, “Improve Your Posture with Pilates”, “Perfect Your Yoga Balance Poses”, “Run Your First 5K”, “Strengthen Your Back, Strech Your Hips” and “Calm down for a better bedtime.”

Apple’s new “Time to Run” series is an extension of the “Time to Walk” feature released last year. The company describes the new series as an audio racing experience designed to help users train to become more consistent and better runners. Each episode in the series focuses on a popular running route and includes training tips led by a Fitness+ trainer. Episodes feature playlists designed to match the intensity, location, and training of each race. Each episode also includes photos taken by the Fitness+ trainer describing the route. 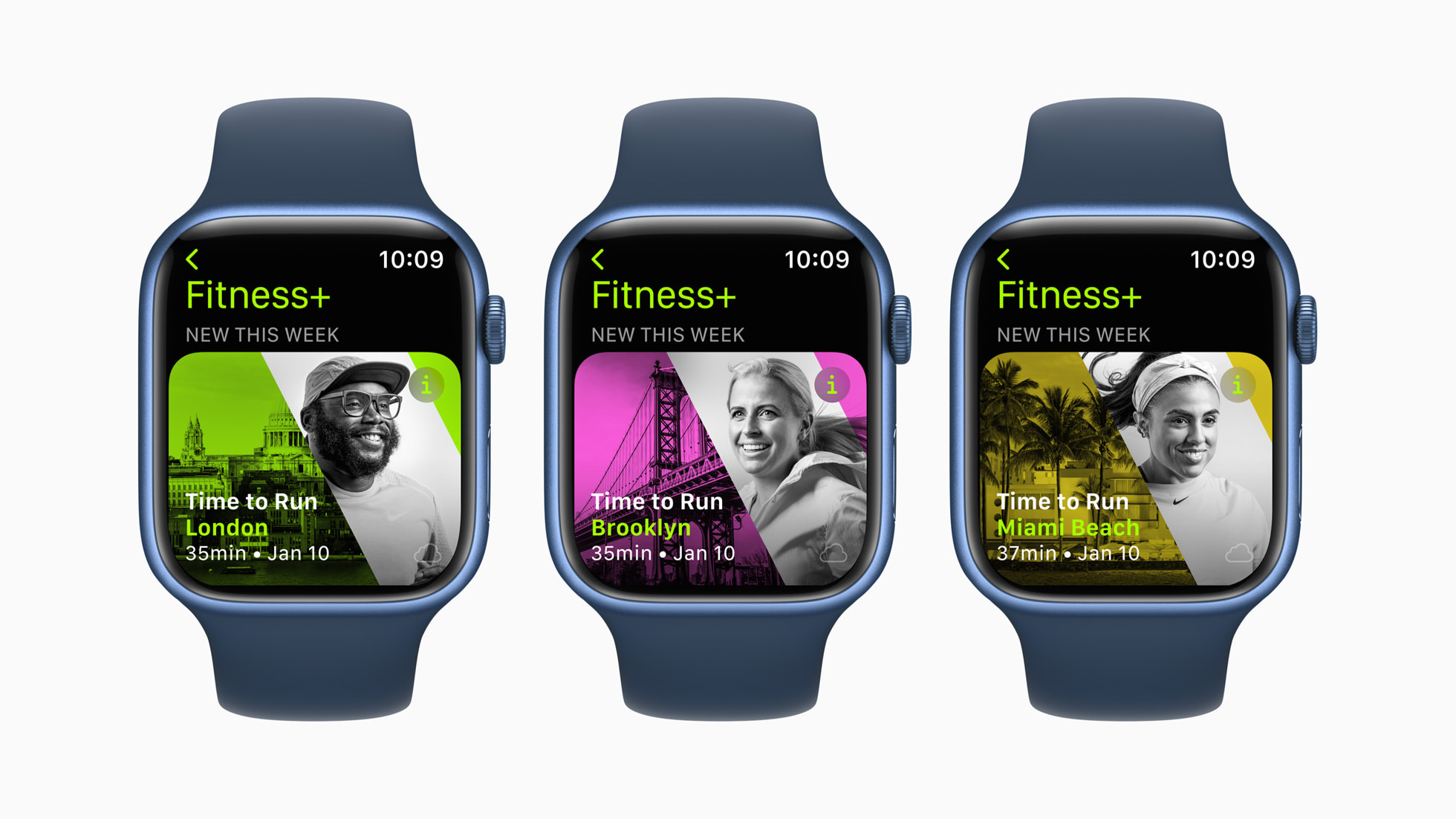 “At the start of a new year, we know that many people are looking for new ways to pursue their goals,” said Jay Blahnik, Apple’s vice president of fitness technologies, in a statement. “With these new additions, Fitness+ makes it easy to get motivated and active on the go, with the most comprehensive library of diverse, high-quality content to train your mind and body no matter where you are on your fitness journey.”

In addition to launching Collections and Time to Run on January 10, Apple also introduces the third season of Time to Walk, its series aimed at encouraging users to exercise by walking more often. New guests will be added every week in season three. Guests include Hasan Minhaj, Chelsea Handler, Bernice A. King and more.

Apple launched Fitness+ on December 14, 2020 and has since worked to compete with other subscription fitness offerings, including Peloton. Fitness+ is available as independent signature for $9.99 a month, or as part of the Apple One Premier plan for $29.95 per month that gives users access to Apple Music, Apple TV+, Apple Arcade, Apple News+ and iCloud+ with 2TB of storage.