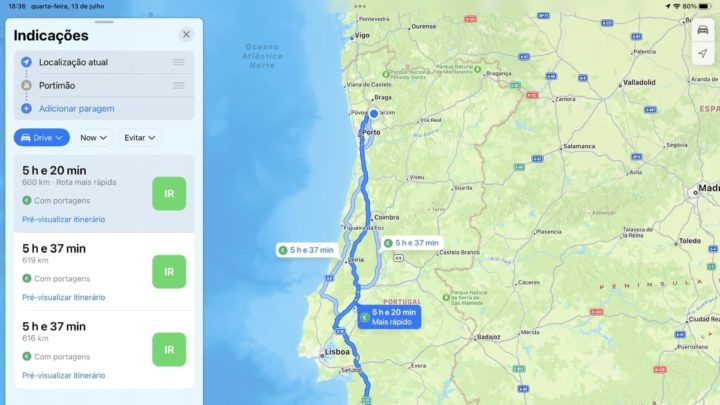 The option to add multiple destinations in the browser is new to Apple’s Maps app, but old to Google Maps, which you can see how to use here. Now native maps on iPhone, iPad and other devices will also have this feature. Basically, it’s a way of placing several destinations or intermediate stops between the departure and the final destination of our trip.

Apple’s new operating systems bring many new features. Some are already known from third-party apps gravitating to the Cupertino company’s ecosystem, others are effectively an innovation. Let’s see how this one works.

The holidays are knocking at the door and we often want to plan our trip with intermediate stops. Using smartphone maps it is a precious helpas the information obtained can even help us save money, as well as avoid a series of traffic problems.

When the trip is long, it is important to plan where we will stop to rest, have a coffee, go to the toilet and even fill up. Along the way we can visit places of passage, as it is a good opportunity to monetize the trip. And nothing like putting everything on the map and moving on.

As mentioned, when using the iPhone, the maps option for this route would be Google Maps for iOS, which allows this route management since 2016. Finally, with the arrival of iOS 16, Apple Maps allows planning a route with multiple stops . And it's very easy to use.

How to schedule intermediate stops on our trip via Apple Maps

Easy, useful and very relevant at this time when millions of people travel to go on vacation or simply to explore other places with several stops.