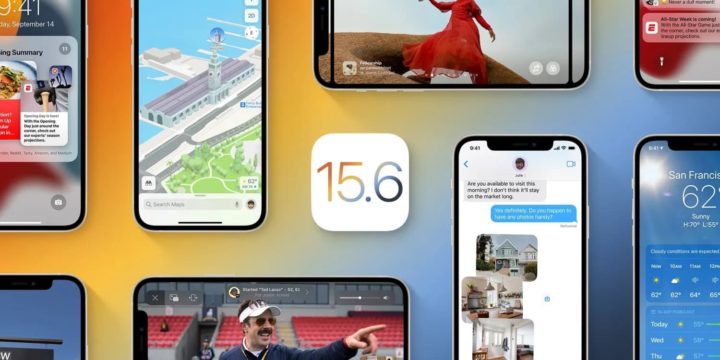 As expected and even after a second RC version of iOS 15.6, Apple is now releasing the new version of its operating systems to everyone. Although the focus is already on iOS 16 and all other versions for the most diverse devices, we are still a few months away and the evolution of operating systems does not stop at Apple.

Contents
iOS 15.6: So what’s new in this release?Focus is now on iOS 16Read too:

Apple has released the final version of iOS 15.6, iPadOS 15.6, watchOS 8.7, macOS 12.5 and tvOS 15.6. With it came some news. We've already been talking about them in the beta versions that we cover with each release.

Interestingly, today's build is 19G71, the same as version 2 of the Release Candidate released last week.

At the Last July 11th, Apple released the public version of iOS 16, as well as iPadOS 16, macOS 13, watchOS 9 and tvOS 16. If you are curious to test the new operating systems, then follow our guide to get a glimpse of future.