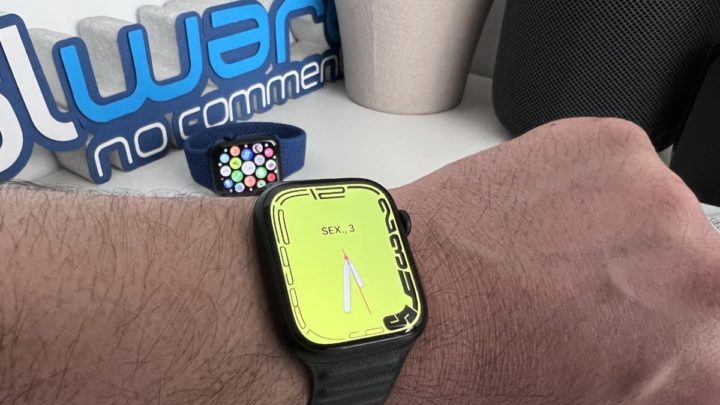 Apple has developed a product that remains the best on the market and with the most ecosystem. That is, the Apple Watch is now a personal device, but it has a wide range of applications and services that gravitate to its area of ​​action. From Apple Music to the Encontro platform, from security mechanisms to the most basic navigation instrument, not forgetting health and well-being sensors, the smartwatch is used by millions of users.

Contents
Smartwatch market is growingAnd will the future continue with the dominance of the Apple Watch?

A report just published says that global sales of smartwatches increased by 13% in the first quarter of 2022, compared to last year, and that the Apple Watch continues to have the biggest share.

While the global smartwatch market saw little growth in 2020 due to the impact of COVID-19, it has continued to perform well since its recovery last year. In particular, Apple accounted for more than a third of total shipments last year, and is further increasing its influence with a market share of 36% in the first quarter of this year.

Sujeong Lim, associate director of Counterpoint, said in a statement.

In fact, the Cupertino company has given greater importance, with news both in terms of the hardware itself, and even with the operating system that expanded the action of the watch.

The high brand loyalty of iPhone users is one of the Apple Watch's success factors. This popularity seems to be higher among the younger generation, making Apple an irreplaceable market leader. 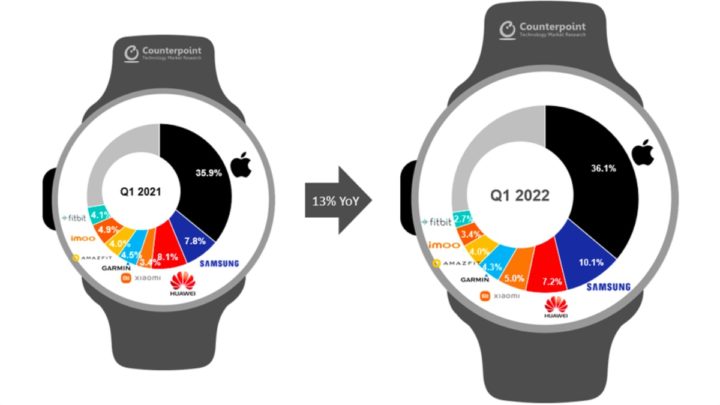 And will the future continue with the dominance of the Apple Watch?

Smartwatch sales may have grown globally, but according to Counterpoint, they remained stable in Europe.

We initially expected the war between Russia and Ukraine to have minimal impact on the market in the first quarter, but the protracted conflict and resulting logistical constraints began to affect the European region. The impact of the war will become more severe in the second quarter.

For this year, the American technology giant will be able to renew the hardware again and add better sensors. It is not expected to bring the much-requested blood pressure measurement sensor, but it may bring others, such as the skin temperature sensor.