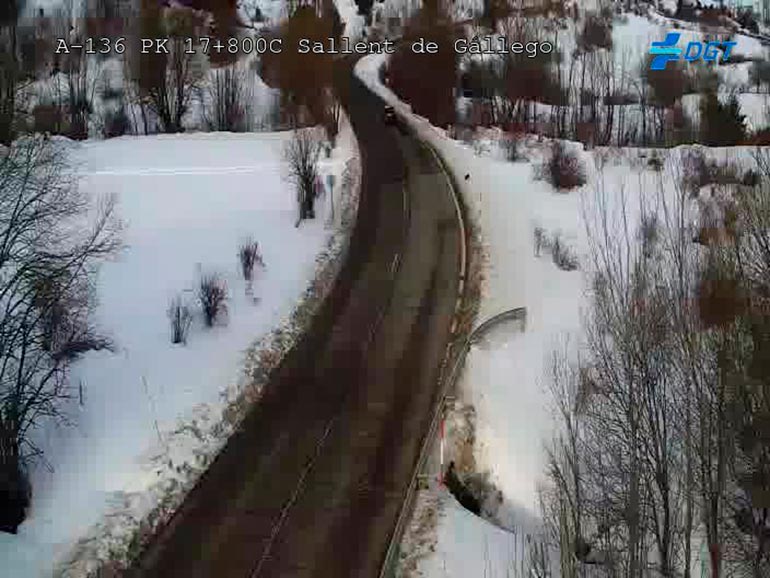 The situation on the Aragonese roads due to the snow has changed compared to this morning, as some roads have become passable again, such as Sállent de Gállego, and others have worsened to the black level, such as Panticosa. This Tuesday began with 294.1 kilometers of road affected, while in the afternoon there are 185.5 as reported by the General Directorate of Traffic (DGT). Most of the conflictive points continue to be in Huesca, which still has three sections in black level that cover 15.5 kilometers, although the black section in Tarazona (Zaragoza) also continues in force.

The roads that are impassable in the province of Huesca are the A-135 in Torla, the A-2606 in Panticosa and the A-138 in Bielsa. Tarazona, in the Zaragoza province, still has ten impassable kilometers due to snow on the CP-010.

Huesca continues to accumulate the majority of roads in red level, which add up to a total of 132 kilometers affected by snow and the storm, for which the use of chains or winter tires is mandatory. In addition, trucks, articulated trucks and buses are prohibited from circulating on these roads. Thus, this afternoon the A-136 in Sallent de Gállego and the HU-631 in Fanlo join the A-1603 in Santa Cruz de la Serós, the A-1604 in Sabiñánigo, the A-176 in the Valle de Hecho, the A-2609 in Tella-Sin, the A-2610 in Plan, the HU-V-6104 in Hoz de Jaca and the s / c-H6 in Sallent de Gállego. For their part, the A-2617 in Benasque, the N-330a in Aisa and the A-2611 in Bielsa are no longer on the red level.

On the other hand, Huesca has gone from having two yellow level roads to just one: the A-1205 in Jaca. Trucks and articulated vehicles cannot circulate on this road. Likewise, the A-1602 roads in Ansó are on a green level, so it is recommended to circulate with caution on ice or snow.

For its part, in the province of Zaragoza, the CP-010 road in Tarazona is still closed to traffic, since it is a black level and impassable due to snow for ten kilometers. Meanwhile, in Teruel the situation on the roads has normalized after this morning only the A-2705 in Valdelinares was at red level.