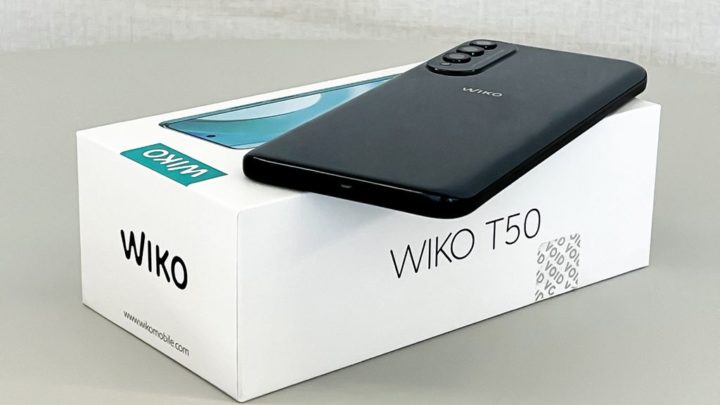 WIKO is a French smartphone manufacturer that has been on the market since 2011, of which we have already tested several devices. The company creates products especially thinking about young people and their needs, with relatively affordable devices.

The WIKO T10 has a 6.5" IPS screen with HD+ resolution. This screen has a teardrop cutout that houses the 5 MP front camera. On the back, the other camera is 13 MP, with a video recording resolution of 1080p .

The T10 model is the most affordable and offers Android 11 (Go edition), with a Helio A22 processor, 2GB of RAM and 64GB of storage.

O smartphone WIKO T10 is available in green (Emerald Green) and black (Midnight Black) for around €108 (VAT included), using the store coupon available on the product page and an additional discount with the code Vuelta10. The first 300 purchases receive a gift protective cover.

It is equipped with a Helio G85 processor, has a 4 GB version and another with 6 GB of RAM, with 128 GB of internal storage. Android is at version 11.

O smartphone WIKO T50 available in green (Aqua Green) and black (Midnight Black) for around €200 (VAT included), using the store coupon available on the product page and an additional discount with the code VUELTA25. The first 100 purchases receive a gift TWS earbuds.

The WIKO Buds 10 are earbuds with a shape similar to Apple's AirPods, they have Bluetooth 5.2 and TWS technology. The driver is 12mm and the manufacturer indicates that it has noise cancellation for calls.

The autonomy can go up to 30 hours, with the help of the charging box, and each headphone has autonomy for up to 6 hours. They are also IPX4 certified, which guarantees that they can withstand sweat and a few drops of water.

You earbuds WIKO Buds 10 are available in white for around €26.90 (VAT included), using the store discount available on the product page.

WIKO has its origins in France. Founded in 2011, the brand has since been established in France and has expanded to the rest of Europe. It thus set itself up to become a global consumer electronics brand with worldwide reach.

WIKO's target audience is the youth of Generation Z, who grew up in the information age. Through the amalgamation of design and aesthetic technology, WIKO provides products and services that have gained great popularity among users who consume vast amounts of information and digital services over the Internet using their mobile devices.

As a relatively young brand, WIKO's strength lies in a deep understanding of its target audience - combining the latest technologies and a sense of lifestyle, packaged in an easy-to-use yet trendy form, designed to look sensual. and appealing at the same time.

A WIKO product is both an elegant piece of beauty as well as a high-tech device that accompanies the growth and maturity of its Gen Z wearer. It is also a personal statement of the wearer's aspirations for elegant simplicity, casual freedom, and shared enthusiasm. .