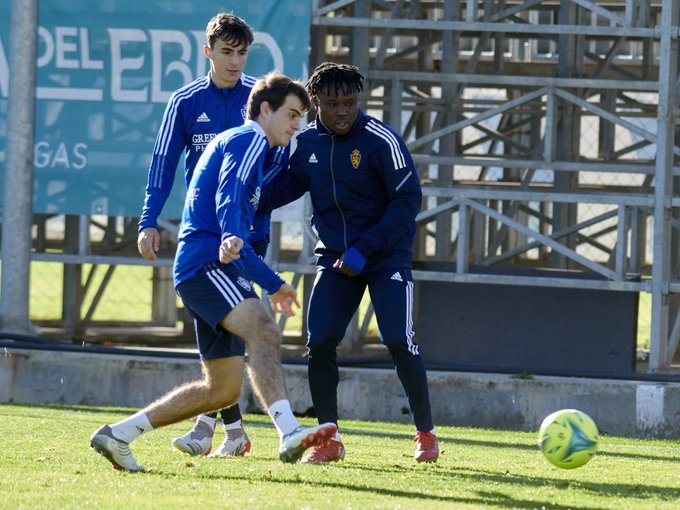 The duel that will face Almería and Real Zaragoza will be, at this moment, the battle of a giant against a small warrior armed with a sword. It will be the comparison between a new rich man and a historical nobleman who is currently in ruin or the duel that Don Quixote wanted to maintain with the windmills. And it is that, while the staff of the hand team is barely valued at 24.6 million, that of Almería is already at 57.6. 33 million difference that, yes, does not destroy the illusion of Zaragoza.

Of course, the maños are fully aware of what it means to bear the name of Real Zaragoza, and they are eager to consummate their particular Reconquest. At the command of the captain of the troop, Juan Ignacio Martínez, the people of Zaragoza are not afraid. They do not care that Almería’s goal man, Umar Sadiq, already covers 73% of the Zaragoza budget, with 18 million of market value, according to Transfermarkt.

It will be the stadium of the Mediterranean Games where the Aragonese squad is scheduled to begin the landing. Despite the fact that the fight will be severe, the loot is very precious: three gold points that would bring Real Zaragoza closer to the playoff zone. In addition, it would mean knocking down the leader and the second classified in a single week after having beaten Eibar at home.

The weapons of Almería are well known. It is not only Umar Sadiq – turned into the spearhead of the Almeria army – who shows a level of another category. Sergio Akieme, a left-back signed to FC Barcelona, ​​has a market value of five million, the same as pivot Samu Costa. One step below are the right back Alejandro Pozo, with four of value, or Robertone, who was injured and plans to return now.

One could be daunted by seeing such an imposing opponent, but this is not the case with Real Zaragoza. Francés and Francho, with five and three million respectively, are the most powerful of JIM’s weapons. It is clear that they were scorer and assistant in the victory against Eibar. In any case, it does not matter to be guarded by a 100,000-euro goalkeeper if his name is Cristian Álvarez or to have a midfielder like Íñigo Eguaras at 800,000.

JIM’s team goes without pressure, wanting to play their game, to dispute their battle and their strategy to be victorious. Of course, he is not going to waste the opportunity to win on the field what he cannot on the basis of millions. It is time for Real Zaragoza to show that the value of its weapons is well above its cost.