A team of astronomers from the University of Heidelberg has detected a new exoplanet 51.6 light-years away from the Sun. hot exoplanet is the size of Earth and is orbiting a dwarf star. To make the discovery, the researchers used the TESS space telescope (Transiting Exoplanet Survey Satellite), NASA.

NASA’s telescope is responsible for identifying more than 5,000 exoplanet candidates, 180 of which have already been confirmed as planets outside our solar system. THE TESS orbits the planet, observing the thousands of bright stars near the Sunl, to identify stars with the potential to be exoplanets.

To carry out the identification, the telescope uses a method called “transit method”where it identifies changes in the luminosity of celestial bodies when the planet passes in front of the star being observed, reducing its luminosity.

The Heidelberg researchers discovered a signal of motion in the light curve of the dwarf star GJ 3929. This was a sign that a planet was transiting in front of the star. To confirm their suspicions, they used the CARMENES spectrograph, which is installed at the Calar Alto observatory, located in Spain. 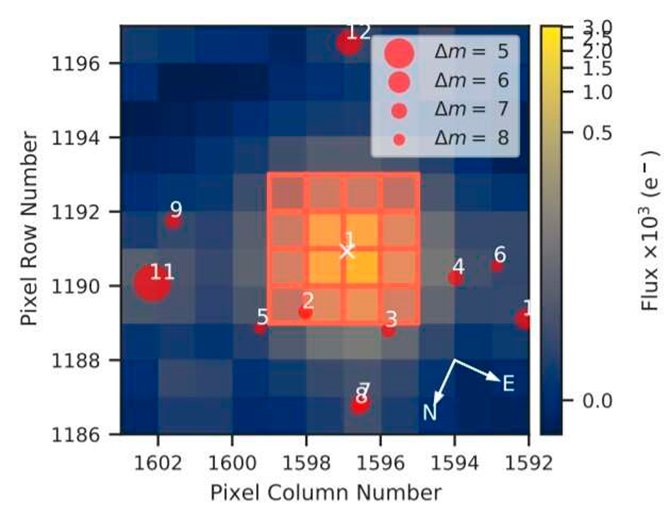 According to the study published by the researchers in ArXiva free distribution journal specializing in physics, mathematics, astrophysics, statistics, and computer science research, the exoplanet is 1.15 times the radius of Earth. Baptized as GJ 3929 bthe exoplanet is relatively more massive than Earth, with 1.21 the mass of our planet.

In addition, the exoplanet would have an approximate temperature of 295.85 Cº, which makes it a hot celestial body. Such a factor will allow GJ 3929 b to be observed with greater precision by the James Webb telescope, which will be placed in orbit to capture infrared lights in space. From new observations, researchers will be able to determine in more detail the composition of this new exoplanet.

What is an exoplanet?

Simply put, an exoplanet is a planet that is orbiting a star other than the Sun. Also called an extrasolar planet, the exoplanet makes up a system different from our solar system. In the case of GJ 3929 b, it is orbiting a dwarf star a 51.6 light-years away from the Sun.

In the video below, you can see in more detail the explanation of the American Space Agency (NASA) on the subject.