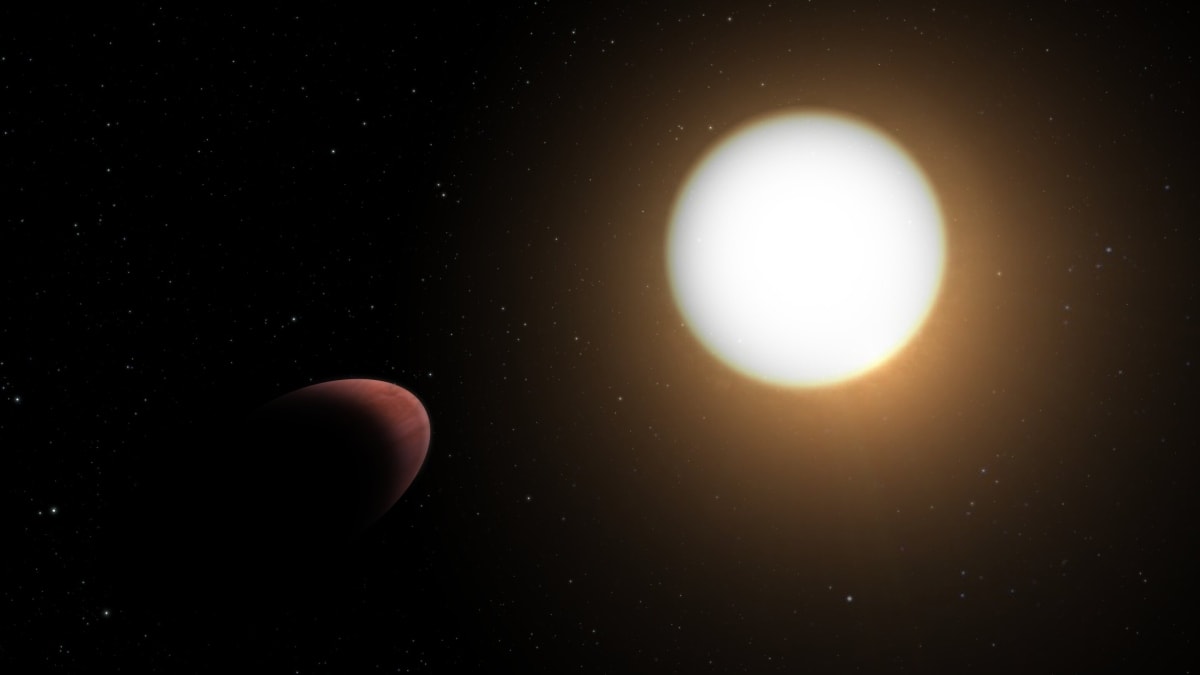 Like Earth, most of the planets we know are shaped like orbs, except Jupiter, which has several rings around it. Still, Jupiter also looks like a globe. But do all planets, including those outside our solar system, have a spherical shape? The answer is no, according to a new research paper, which says it’s possible that some planets look like a potato. Researchers have discovered a planet, called WASP-103b, about 1,500 light-years from Earth, which they say is shaped like a potato or rugby ball.

But why is it shaped so weird? Astronomers say that WASP-103b is located around an F-type star, larger and more massive than our Sun. The planet is also large – about one and a half times the size of Jupiter. However, the planet’s relatively close proximity to its home star accounts for its unusual shape.

Published in Astronomy and Astrophysics Journal, the study said that WASP-103b is only 20,000 miles away from its home star and this could cause tidal stresses to pull it into an unlikely shape. In comparison, the distance between Earth and its home star, the Sun, is about 93 million miles.

The Earth takes a year to orbit the Sun and other planets in the Solar System, it also takes at least a few months or several years to complete one revolution of the Sun. However, there are some exoplanets, known as “hot Jupiters”, that orbit their stars. in a matter of days and hours. WASP-103b’s orbital period is just 22 hours.

“It’s amazing that Cheops was actually able to reveal this tiny deformation,” said Jacques Laskar, co-author of the research, in a declaration.

The researchers used ESA’s CHEOPS satellite and relied on data from NASA’s Hubble and Spitzer space telescopes to come to a conclusion about the shape of WASP-103b’s rugby ball.