the satellite Solar Orbiterdeveloped by European Space Agency (ESA) and the National Administration of Aeronautics and Space (NASA), recorded the beautiful (and dangerous) moment when a gigantic solar eruption took place. The eruption, which occurred on February 15, is the result of a solar flare, “clouds” of gas, usually in an arc-shaped form, that extend across a star’s surface.

Contents
Solar flare was big, but no risk to EarthSOHO satellite also captured eruptionSolar Orbiter has another 5 years of work

Solar flare was big, but no risk to Earth

At solar flares, also known as Coronal Mass Ejection (EMC), can pose risks to Earth’s electronics, as well as orbiting satellites (huh, SpaceX?). But fortunately, this eruption was not aimed at the Earth. The ejected mass reached the size of 3.5 million kilometers, according to the ESA. THE European Space Agency declared that this solar flare was one of the largest on record that also captured the solar disk. These beautiful pictures of Solar Orbiter are possible thanks to its set of ten instruments and proximity to the sun. 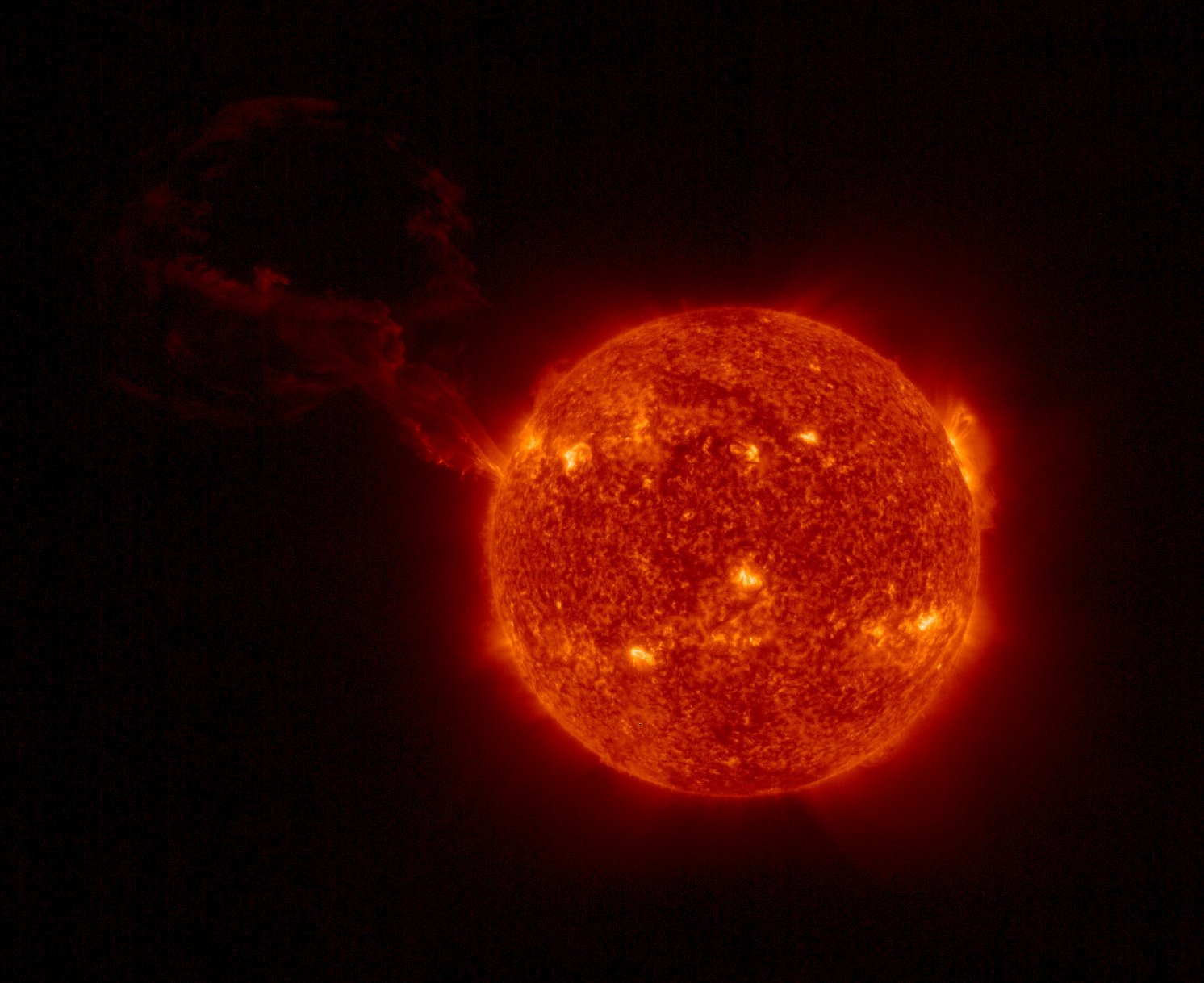 “Older Brother” Solar Orbiterthe satellite Solar and Heliospheric Observatory (SOHO) also made a record of the eruption. However, this satellite, launched in 1995 to study the solar corona, has a shield in the center of its lens to hide the inner part of the Sun. SOHO, which is located at the Lagrange 1 orbital point, between the Sun and Earth, visualized only the eruption, without capturing the entire scene plane. See the comparison.

Solar Orbiter has another 5 years of work

Launched in February 2022, the probe Solar Orbiter (also dubbed SolO) will be in operation until 2027. It has an orbit that at times enters closer to the Sun than Mercury, the first planet in the Solar System. After completing your mission, the Ground it can have three purposes: to extend its work by obtaining other data until its fuel runs out, to continue using Venus as a catapult for its orbit until the moment it will be “thrown” from orbit, or to crash into the surface of that planet.