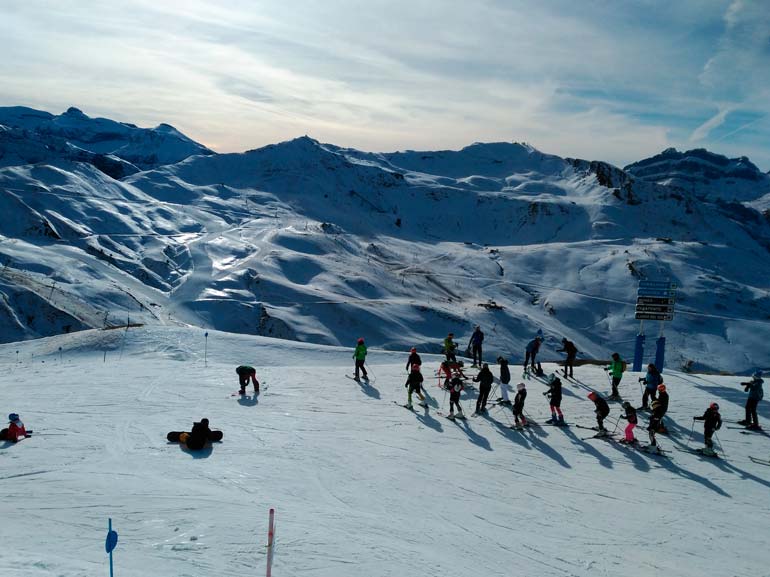 More than 100 kilometers of enjoyment. This is, for yet another year, Ambar’s proposal to promote the two stations in the Aragón valley: Astún and Candanchú. After some difficult years for the resorts due to the pandemic, they are back with force under the concept of “100 K”, the largest ski area in the Aragonese Pyrenees.

The three Aragonese companies once again join forces and efforts to tell the world about all that this privileged enclave of the Aragonese Pyrenees has to offer around skiing. More than 100 skiable kilometers along with an après ski in which “Jaca and the valley offer everyone who wants to come a range of restaurants and hotels that make this a spectacular destination. After some difficult times, we return with more enthusiasm than ever to support snow sports in the valley and tourism to these unique places ”, highlighted the Director of Communication and Institutional Relations of Cervezas Ambar, Enrique Torguet.

“The union makes 100K one of the most complete proposals both at a sports and alpine leisure level,” said Fernando Montón, CEO of Candanchú. And it is that the initiative offers the skier 101 tracks (15 green, 30 blue, 37 red and 19 black), fourteen routes, 40 lifts, in two stations connected by bus in just three kilometers.

For his part, deputy general manager of Astún, Andrés Pita, has wanted to value the “capacity of a social brand like Ambar, to transfer this proposal to the entire national territory”.

Ambar will make four million back labels available to Aragonese skiing, and will offer its consumers 12,500 two-for-one ski vouchers for the two resorts, which can be exchanged through its website for the purchase of twelve euros of beer in food or eight bottles marked with the back label of the promotion in the hospitality industry.