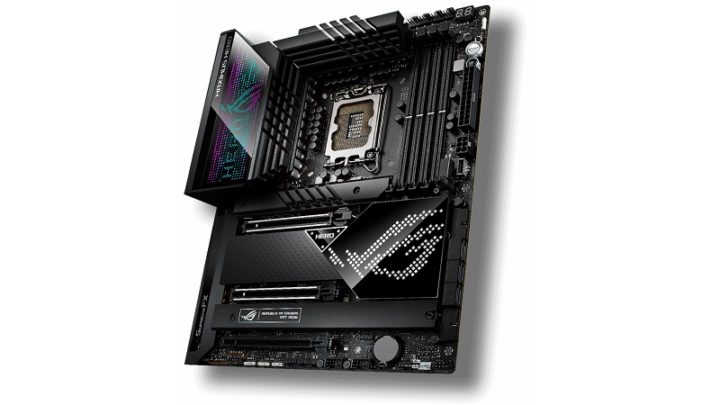 Although the world of technology is constantly evolving with more innovative products and produced with the most advanced components, the truth is that all equipment can have some probability of having errors or failures.

As such, 10,000 ASUS ROG Z690 motherboards were recently recalled as some models pose a danger of potential burns and fire.

ASUS is one of the most popular technology brands worldwide, especially among gamers because of its ROG (Republic Of Gamers) product range. But not even the most powerful companies get rid of serious problems with their products, and that is what has now happened to the Taiwanese giant.

According to the latest information, 10,000 ASUS ROG Z690 motherboards have now been recalled. This recall occurs because hundreds of units of this equipment present a risk and danger of burns and fire.

The problem dates back to December 2021, when it was discovered that ASUS had made a serious mistake by installing capacitors incorrectly in one of the most expensive and powerful motherboards on the market, which is then the ASUS ROG Maximus Z690 Hero and whose model can see in more detail here. Reversal of polarity, and other associated problems, thus led to a potential risk of fire and burns to the equipment.

In this way, the United States Consumer Product Safety Commission (CPSC) formally announced the order to recover 10,000 units of this motherboard. The order description reads as follows:

This recall involves ASUS ROG Maximus Z690 Hero motherboards sold separately for computer. The motherboards in this recall have part number 90MB18E0-MVAAY0. Affected units have a serial number starting with MA, MB and MC, which indicates the year of manufacture in 2021.

In turn, ASUS guaranteed that this is not a new situation and that the CPSC has now made the formal announcement.

ASUS is committed to producing the highest quality products and we take all incidents reported by our valued customers very seriously with immediate action. The US Consumer Product Safety Commission (CPSC) has published an official announcement regarding an old batch of ASUS ROG Maximus Z690 Hero motherboards that was rectified in December 2021. Again, this is not a new issue nor is it applicable to newly stocked inventory. -restored from our ASUS ROG Maximus Z690 Hero motherboards.

In this way, if you have a model of these motherboards, you should check your situation with the brand.