THE Autel Robotics recently announced the line’s drone models EVO Lite Series, consisting of the EVO Lite+ (or EVO Lite Plus) model, the top of the line with a 1-inch sensor camera capable of recording videos in 6K, and the model EVO Lite, which has as its only difference over Lite+ precisely the camera, which despite having slightly lower specifications, is still of high quality and has as a big difference a system that the company calls 4-axis gimbal, since in addition to the traditional 3 modes of stabilization, it also brings the possibility to “turn” the sensor in 90º degrees, allowing the drone to take pictures and videos in both horizontal (landscape) and vertical (portrait) modes, an innovative and unique concept in this drone profile.

To keep a photo or video vertical in other models that do not offer this type of solution, it will naturally be necessary to cut the sides of the image, on the other hand, in Autel’s solution this does not happen and the image is 100% as when in normal landscape mode. The video below clearly shows how the system works.

We will receive the EVO Lite+ drone for review in the next few days, and then the EVO Nano+ model

The Autel EVO Lite drone has a number of other specifications that place it as one of the best models on the market in camera quality and other technologies, such as a 1/1.28 inch sensor, obstacle sensors in three directions, battery life of up to 40 minutes and control distance of up to 12km, in addition to automatic flight modes and the DinamicTrack system, which makes the drone follow something defined by the pilot, avoiding obstacles along the way. 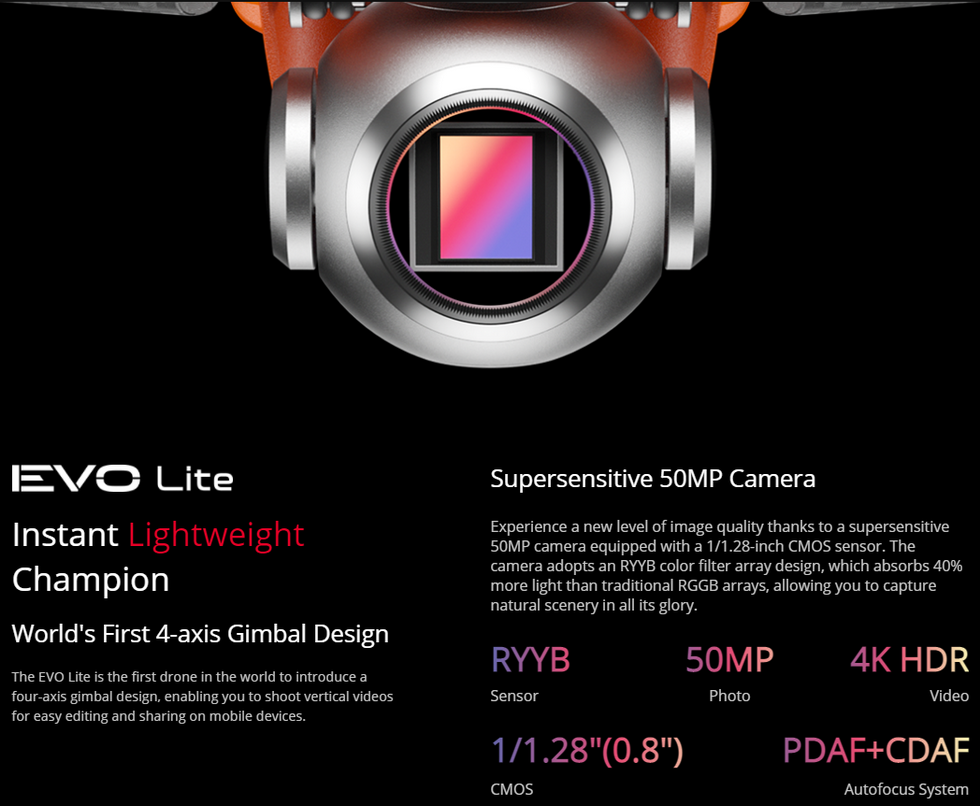 The control app is Autel Sky, exclusive for use with the EVO Nano Series and EVO Lite Series models. We already have some news about the app, it’s worth checking out.

Below is Autel Robotics video featuring the EVO Nano Series models and our video in the ad: