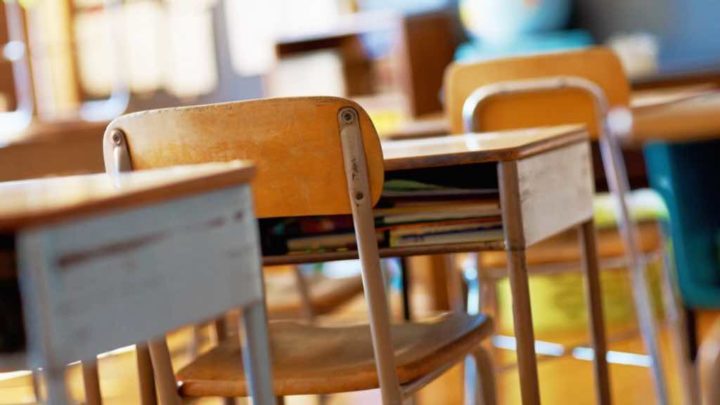 Every year a ranking of the best schools in the country is drawn up. Recently, the ranking of 202 was released, where you can already know which are the best (and worst) schools and a set of indicators referring to them. As usual, private schools continue to obtain better results compared to public ones.

Consult the ranking of Portuguese secondary schools, released by the Ministry of Education.

Ranking: 486 are public schools and 112 are private

Of the 598 schools in mainland Portugal where secondary exams were held, 486 are public schools, seven more than in 2020, and 112 are private (two less). Grades go down, but public grades approach the average in private according to the ranking of schools by the Ministry of Education.

The public school with the best results in the national secondary exams in 2021 was the Escola Artística António Arroio, in Lisbon, according to an analysis by Lusa of data provided by the Ministry of Education, taking into account only educational establishments with more than one hundred tests carried out.

In a list that brings together the 487 public and private educational establishments, the first places are once again occupied by colleges. 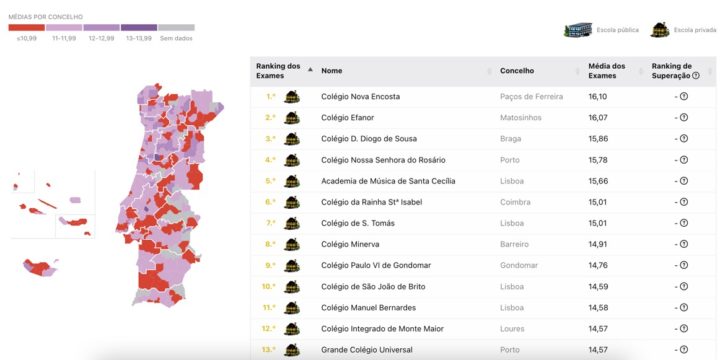 Only in 31st place appears the first public, António Arroio, in Lisbon, with an average of 13.58 in the 875 tests. 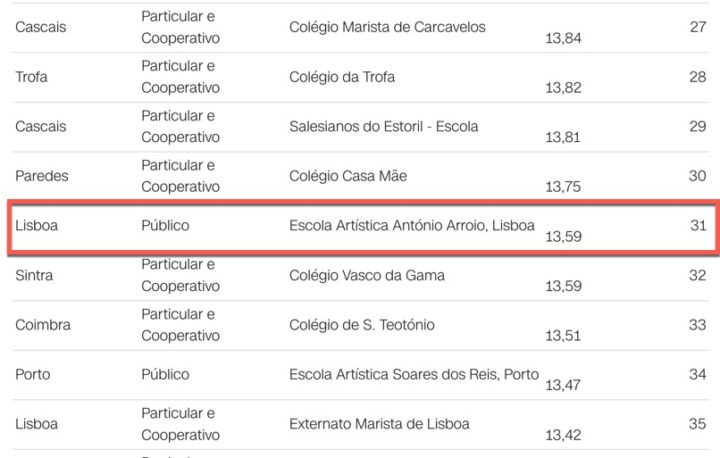 In the list of public schools, another artistic school stands out: Soares dos Reis, in Porto, is the second public school with the best average in the national exams, with 13.35 values, occupying the 34th place in the general table.

Almost one in ten schools had a negative average in the national secondary exams in 2021according to an analysis carried out by Lusa, which reveals a drop in grades compared to the previous year.

The average grades in public schools came back closer to those in high schools, now with a difference of 1.4 values ​​(on a scale from 0 to 20). The national average of students in high schools was 12.7 values ​​(in the previous year it was 14.3) and for public students it was 11.3 values ​​(12.8 in the previous year), according to the analysis by Lusa, which shows a drop in the overall grade point average. 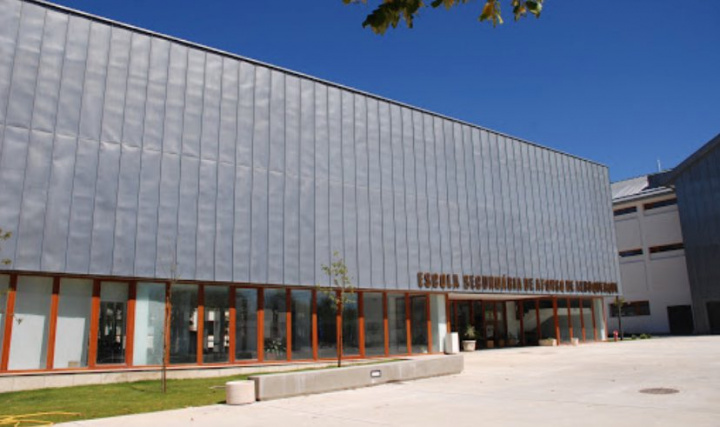 Viana do Castelo was once again the district with the best average in the 2021 national secondary education exams (11.98), followed by Porto and Viseu.

In a list that brings together the 487 public and private educational establishments, the first places are once again occupied by colleges, with the first public, António Arroio, in Lisbon, appearing in 31st place, with an average of 13.58 in the 875 tests. .