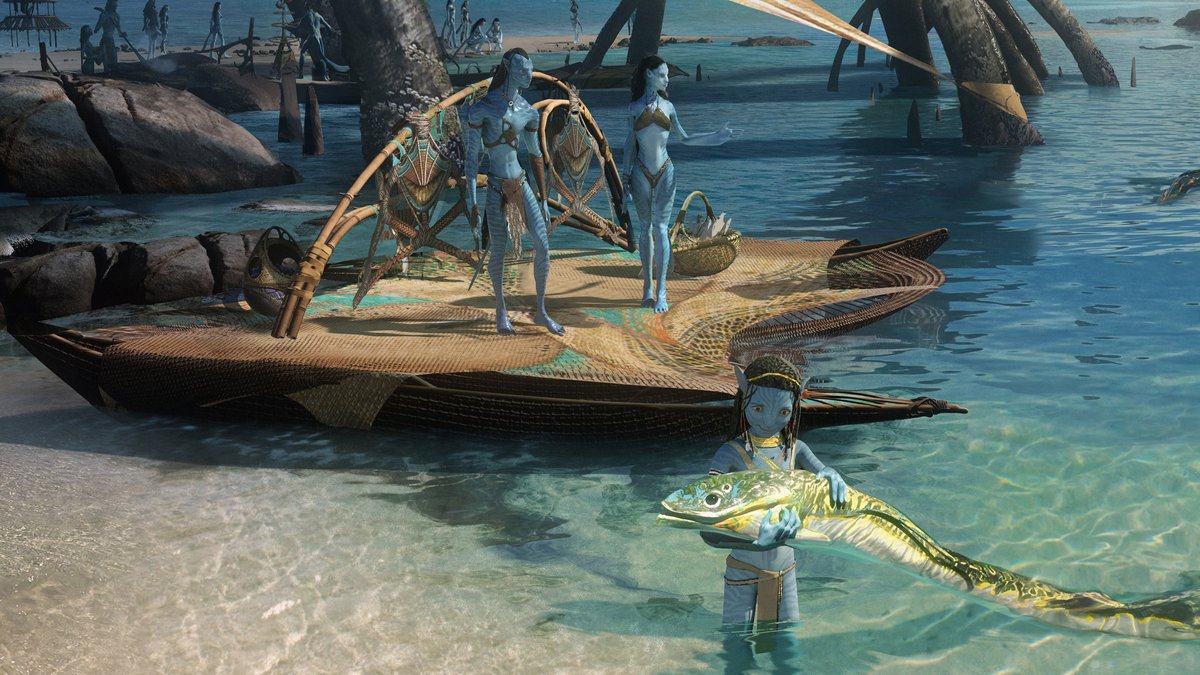 The sequel to the sci-fi blockbuster “Avatar” (2009) has been in the works for some time. After various delays, the second trip to Pandora, again by director James Cameron (67), is due to hit cinemas on December 14th of this year. The Walt Disney Studios have now published the first images of the film, which could allow some conclusions to be drawn about the plot of the film.

One picture shows the natives of the planet Pandora, the Na’vi, in a tranquil fishing village. In addition, several behind-the-scenes recordings were published in which scenes seem to arise on or in the water. So will “Avatar 2” mostly explore the sea of ​​Pandora? Cameron proved that he has a soft spot for underwater worlds as early as 1989 with his science fiction film “The Abyss”.

If you are not torn from your stool at the first glance at the Na’vi in ​​“Avatar 2”, it should be said: According to the description, this is also just “Concept Art”. The trick and computer technicians have exactly eleven months left to bring Pandora back to life.

Incidentally, it will not stop at a sequel by a long way. Three more sequels are to follow in the coming years. If everything goes according to plan, “Avatar 5” in 2028 will mark the end of the series.