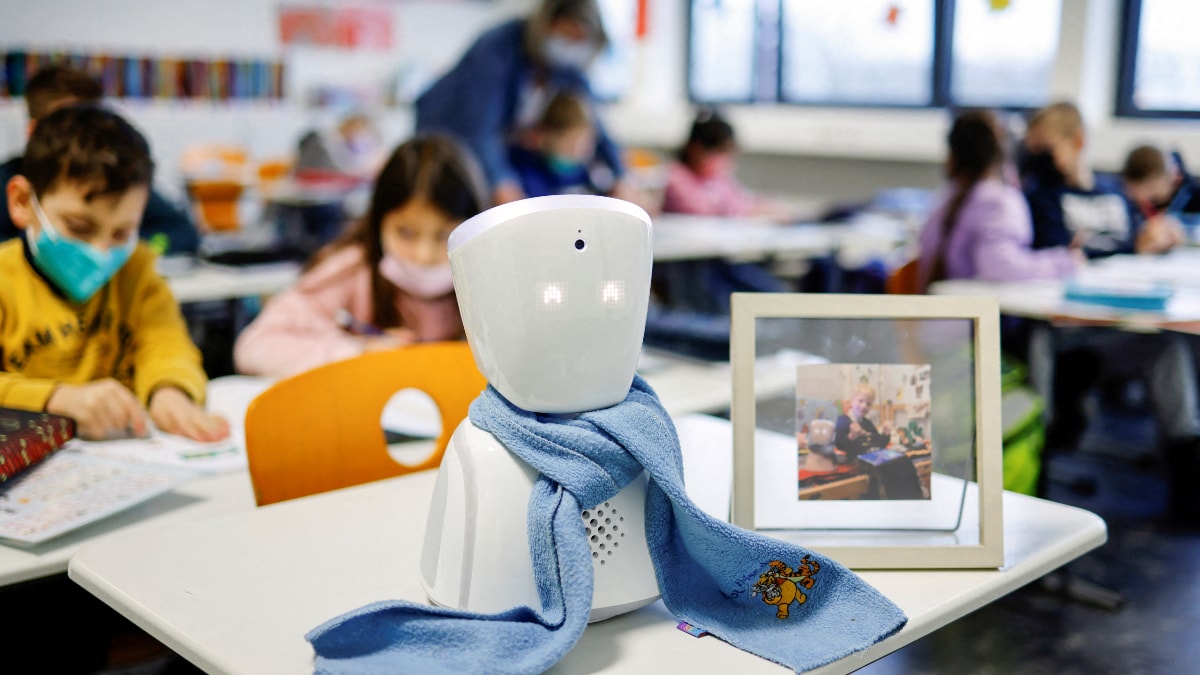 Joshua Martinangeli, 7, is too sick to go to school. But the German student can still interact with his teacher and classmates through an avatar robot that sits in the classroom instead and sends out an intermittent signal when he has something to say.

“Kids talk to him, laugh with him and sometimes even talk to him during class. Joshi can do that very well too,” Ute Winterberg, director of the Pusteblume-Grundschule in Berlin, told Reuters in an interview.

Joshua is unable to attend classes because he wears a tube in his neck due to serious lung disease, said his mother, Simone Martinangeli.

The project is a private initiative paid for by the local council in the Marzahn-Hellersdorf district of Berlin.

“We are the only district in Berlin that has purchased four avatars for their schools. The impetus was COVID-19, but I think that will be the future far beyond the pandemic,” said District Education Councilor Torsten Kuehne.

“It happens from time to time, for various reasons, that a child cannot go to class in person. So the avatar can give that child a chance to continue to be a part of the school community,” said Kuehne.

He added that he had already raised the bill in political discussions at the state level.

“I like it anyway because I like the avatar,” said student Noah Kuessner when asked if he’s looking forward to seeing Joshua again.

“And I wish Joshi could actually go to school,” said another classmate, Beritan Aslanglu.