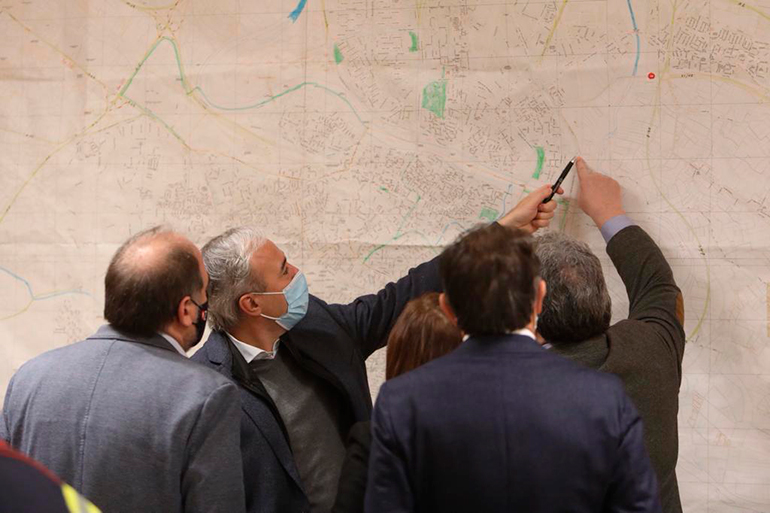 The peak of the flood will arrive this afternoon in Zaragoza. The mayor, Jorge Azcón, has asked citizens to be alert and to stay away from areas marked by emergency services. Of course, he has pointed out that the latest forecasts of the CHE are more “flattering and inferior” to those that were given in days ago. “This allows us to be more optimistic,” he stressed.

Azcón has argued that many of the advance measures that the City Council are being effective and has recalled the alternative parking spaces that have been placed for families with vehicles in garages in risk areas.

“The municipal services have acted much more in advance than in the past and the affections will be much less than those that were with previous floods with greater volume of water,” he stressed.

Prevention efforts will focus on the urban centers that have been affected such as La Alfocea, Movera and rural neighborhoods.

According to the mayor, the greatest uncertainty is whether the Third Belt will have to be cut.

“Both in the floods of 2015 and in 2017 it was necessary. Since yesterday there is a Local Police patrol guarding the Z-30 in the Vadorrey section. It will only be taken if it is found that it is necessary ”.

Another point where action is being taken is at the Jerónimo Zurita school, where the water is entering. Azcón explained that he notified the Government of Aragon and classes have been suspended for a couple of days.

“Caution has to be the daily norm for the next 36 hours. From the peak of the flood, it will be around 36 hours ”, he pointed out.

The latest forecasts from the Ebro Hydrographic Confederation suggest that the volume of water passing through Zaragoza could finally reach 2,100 cubic meters per second.

These are, in any case, estimates that, although they are somewhat below those managed until yesterday, will have to be confirmed as the day progresses. However, CHE technicians have indicated that the river level may remain high for the next 36 or 48 hours, with a height of the water that could remain below 6 meters.