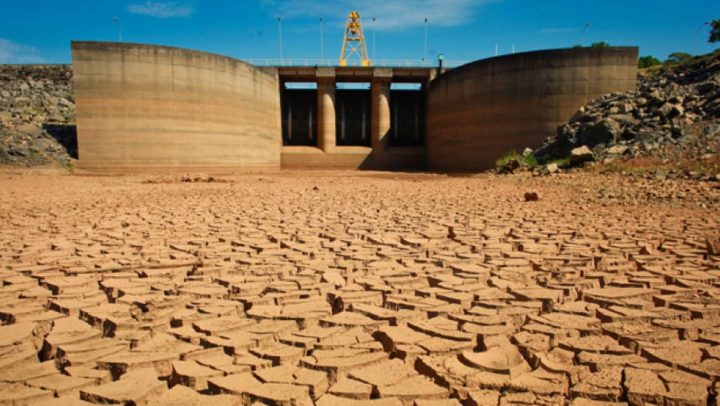 Mainland Portugal is experiencing a hydrological drought, already classified by the authorities as the worst in the last 100 years. As such, much of the territory is in severe or extreme drought. The entire country had less water in July than the 30-year average for the same month. The levels of all watersheds have dropped. In order to see this data in a more graphic way, the Barragens.pt project was born.

This information, presented on the map that serves the service, shows us the water level in Portuguese dams in real time.

Dams close to the dead volume 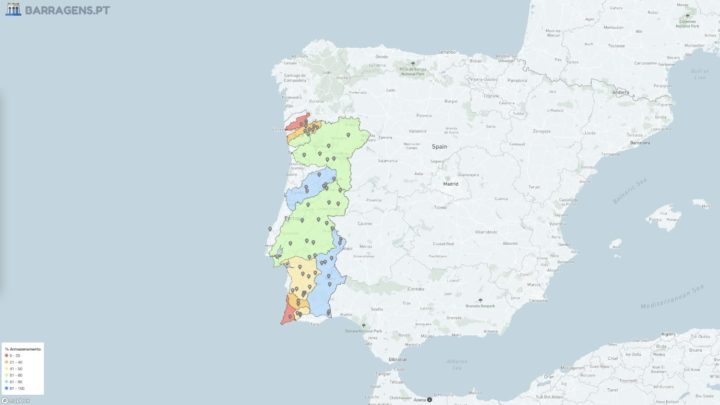 According to information, there are already 3 dams with the volume of water storage close to the dead volume - technical reserve that is below the collection tubes.

This and other information can be tracked on the service dams.pt.

My first side project finally sees the light of day. I hope you like it and that it is useful in some way. Share if you find it interesting 🙏 And by the way, save water 😅https://t.co/7cAOVcFwuK

This service, created by the software engineer Ricardo Paivawhich used the Mapbox map platform where public data are shown, used through APIs, which give us an organized, simplified and didactic view of the storage levels of 11 hydrographic basins in mainland Portugal.

The map, with the respective basin chosen, also presents us with some information, such as the name of the basin, the river or rivers that serve it, the current percentage of storage and the average. In addition, the data gives us a broader view of the level of water stored over a period of several years. 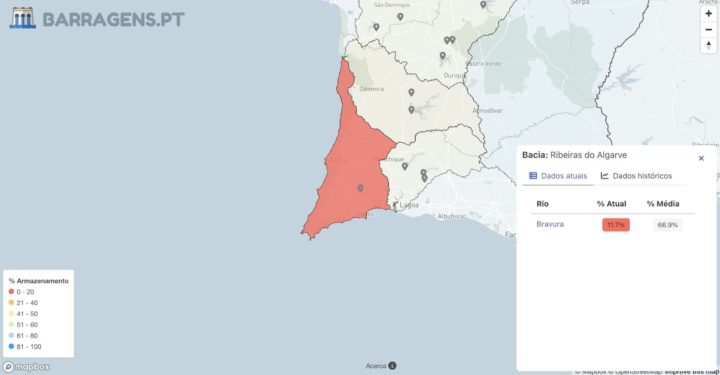 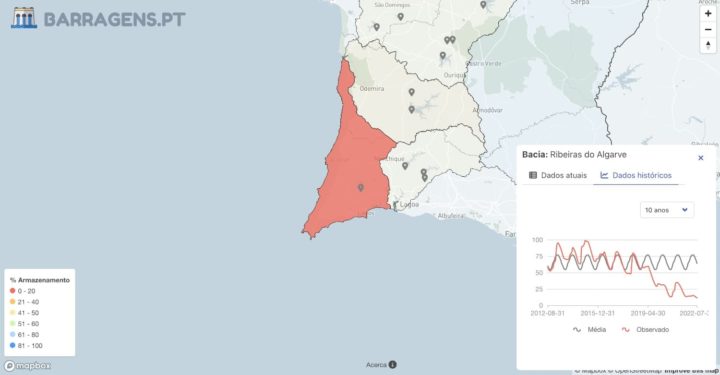 Drought levels are measured by the PDSI index (Palmer Drought Severity Index), which takes into account the amount of precipitation, air temperature and available water capacity in the soil.

This situation is already leading certain municipalities to consider cutting water at night.