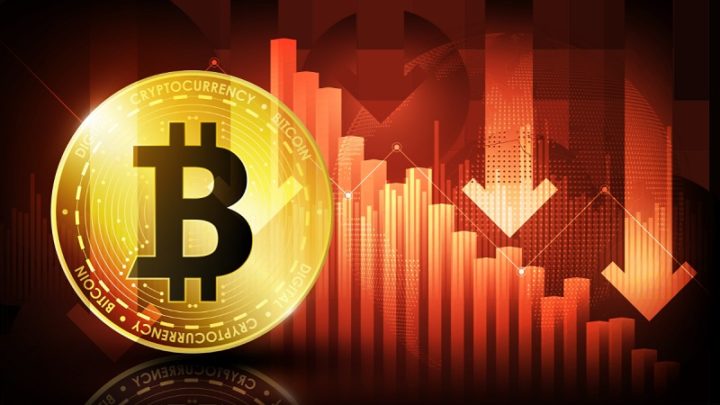 Ups and downs is what defines the dynamics of cryptocurrencies. And in recent weeks, this segment has been much more at the bottom, a far cry from the large numbers presented in the final months of 2021, when Bitcoin was worth more than 68,000 dollars.

Contents
Bitcoin continues to fall, which worries investorsRead too:

And the latest information indicates that Bitcoin has now dropped below $20,000, which is the lowest since December 2020.

Recent information about the cryptocurrency market is not encouraging for those who invest or are thinking about investing in this sector. Data shows that this Saturday (18) Bitcoin fell to less than 20,000 dollars, the lowest value in the last 18 months, namely since December 2020.

With these results, the agency Reuters adds that investors are quite concerned and unnerved by the growing problems presented in this market.

At the time of writing this article, Bitcoin has a value of $19,047.05 according to data from the CoinMarketCapa drop of 7.69%. 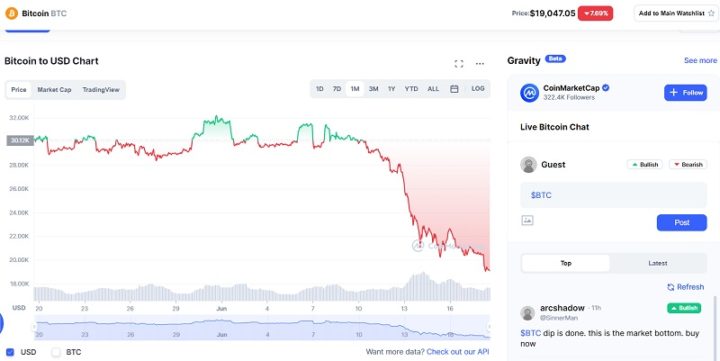 This has therefore been a dark week for the cryptocurrency sector, especially after Celsius Network - a 'bank' that offers interest-bearing products to customers who deposit cryptocurrencies on the platform, then lend the digital assets in order to obtain a return - announced the suspension. of all withdrawals and transfers between accounts, as a way of "honor, in the long term, the withdrawal obligations".

According to the data, the popular cryptocurrency BTC has already dropped by 59% this year, while the value of the well-known Ethereum ETH has dropped by 73%.

Answer our weekly question: Which of these cryptocurrencies have you invested in?

As reported this Saturday by Edward Moya, financial market analyst OANDA, "Dropping from $20,000 shows that confidence in the cryptocurrency industry has collapsed and that we are seeing the latest tensions. There are many cryptocurrencies and exchanges that are under tremendous financial pressure due to changing borrowing costs.”.

Moya also mentioned that the great enthusiasts and leaders of this market are currently very silent, adding that these "are still optimistic about the long term, but they're not saying it's time to buy".