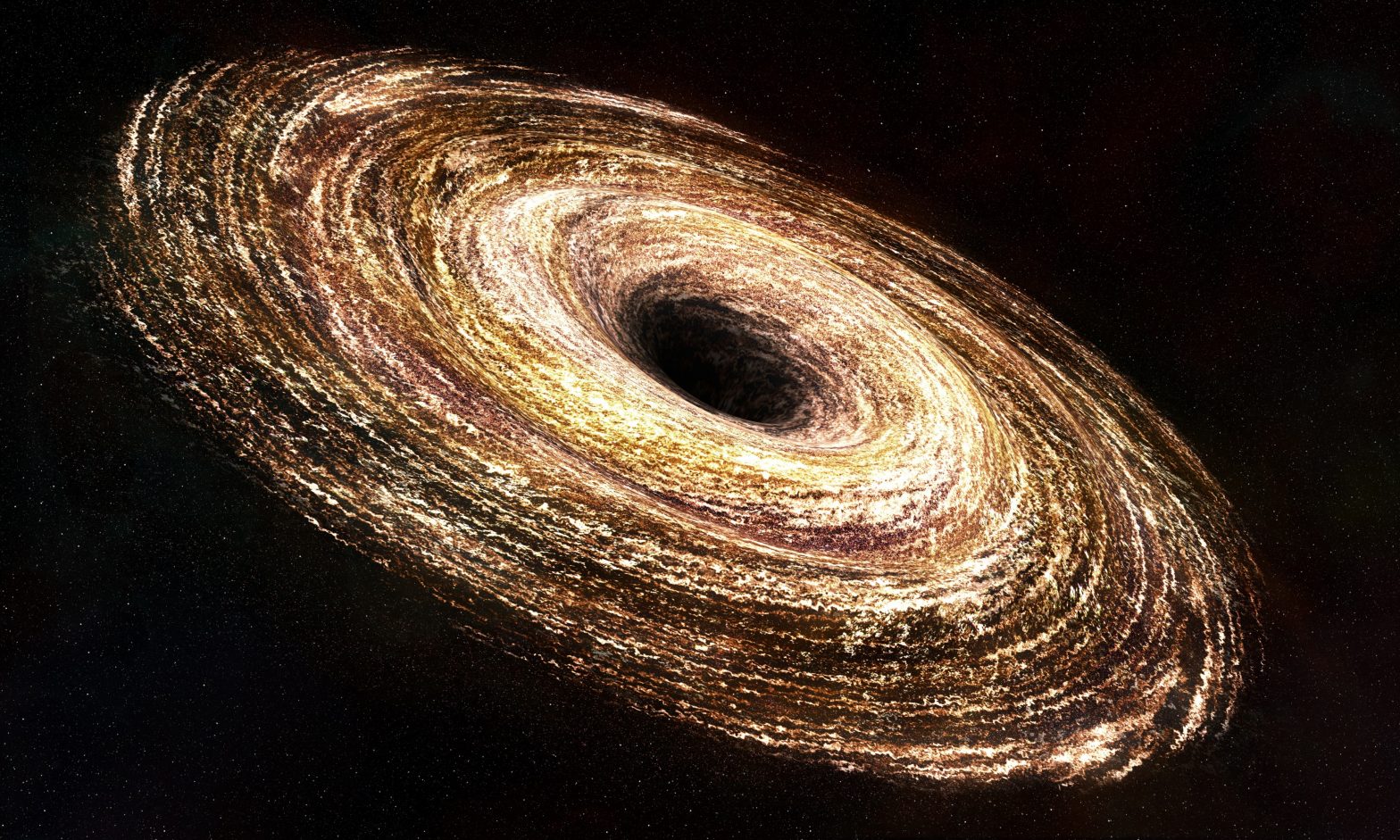 Within astronomy are black holes a well-known and exciting field of research that still poses a lot of puzzles for experts. So far, this has included occasionally emitting a bright light just outside of their event horizon. However, the reason for this was not known until now. But now there is an answer.

In the past, the processes involved in precisely understanding black holes proved to be extraordinarily complicated. In particular, being able to display models as accurately as possible was difficult to do due to technical limitations.

But now scientists have used several supercomputers for a new simulation to get to the bottom of the phenomenon mentioned above. The images from the new computers achieved a resolution that was 1000 times higher than in any previous study.

Magnetic fields are the cause

It has long been known that powerful magnetic fields surround black holes. Now they and their physical processes could be mapped in more detail than ever before. The research group led by Dr. Bart Ripperda found out that these are also responsible for the formation of the lights. In fact, they are formed when magnetic fields first fall apart and then reassemble.

The energy released by these processes immensely charges the surrounding photons. This process then shoots some of them right into the event horizon. Others end up in space in the form of flares, as the researchers were able to observe in the simulation.

Matter from the accretion disk

But why can magnetic fields decay at all? There is now an explanation for this based on the observations: Material accumulates in the so-called accretion disk. The accretion disk is a disk that rotates around a central object and transports matter toward the center. In principle, this is also the case with black holes, but here the matter migrates to the “poles” of the respective hole.

Magnetic field lines are influenced by this matter and try to move with it. In the process, some of these magnetic field lines disintegrate, which in turn can potentially reconnect with others. In some cases, these processes create pockets of matter that are shielded from external forces. And some of them, as seen in the simulation, go into space as lights.

There is still no concrete data to actually test the simulation and thus the theory. A new type of black hole was recently discovered. So they continue to surprise.