The global version of the device features a 6.67-inch AMOLED screen with a resolution of 2400 x 1080, a density of 394 pixels per inch, a refresh rate of 120Hz, a touch sampling rate of 720Hz and a peak brightness of 1300 nits. Still on the screen, it covers 111% of the DCI-P3 color space, supports HDR10+ and supports MEMC (Motion Estimation, Motion Compensation) technology. This technology, which is used in both TVs and smartphones, adds a few extra frames to make the display of low frame rate content smoother.

THE global version of the Black Shark 4 Pro smartphone is equipped with the aforementioned Qualcomm Snapdragon 888 chip with eight cores and Adreno 660 GPU, 8GB/12GB of LPDDR5 RAM operating at a frequency of 6,400MHz, 128GB/256GB of capacity for internal storage based on the UFS standard (Universal Flash Storage) 3.1 and 4,500mAh battery (two 2,250mAh cells) with support for 120W fast charging. To make a comparison, the chinese version comes with 8GB/12GB/16GB of LPDDR5 RAM and 256GB/512GB of storage capacity also based on the UFS 3.1 standard. Battery capacity is the same in both versions. 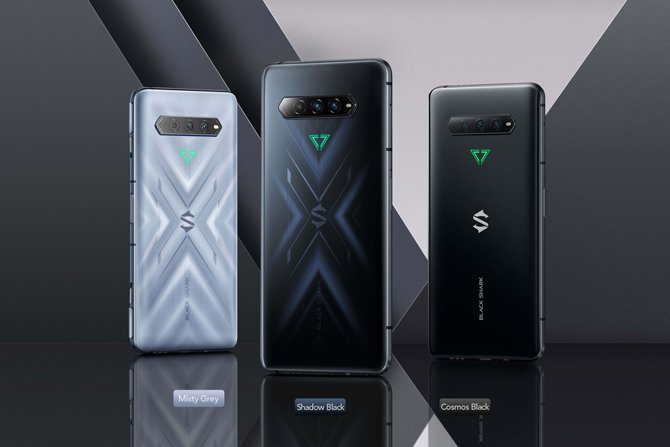 To keep the temperature low during intense use, the device has a liquid cooling system with two layers. One layer is located under the display and the other is under other components such as the chipset. This cooling system promises to reduce the CPU temperature by up to 18 degrees: 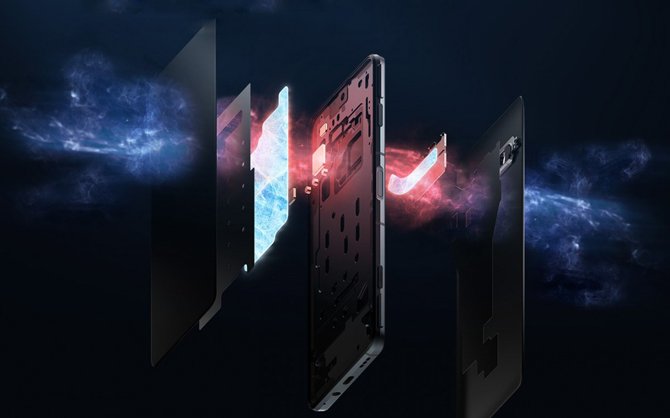 The camera set of the global version of the Black Shark 4 Pro consists of a 20MP front camera with f/2.45 aperture and three rear cameras – the main 64MP with f/1.79 aperture, the 8MP ultrawide with f/2.2 aperture and 120 degree field of view and 5MP macro with f/2.4 aperture. The camera suite supports features like HDR, portrait mode, panoramic mode, auto focus, slow motion recording and more. 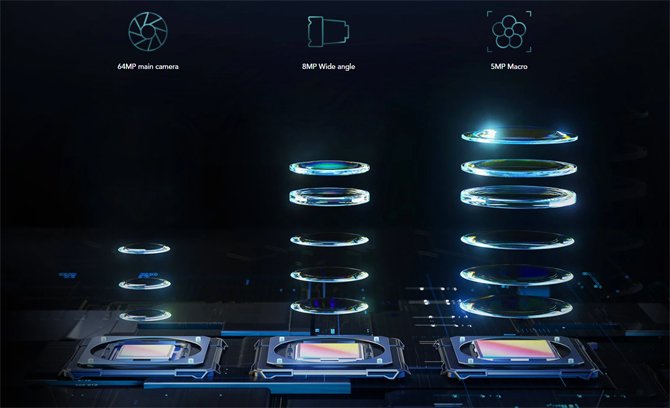