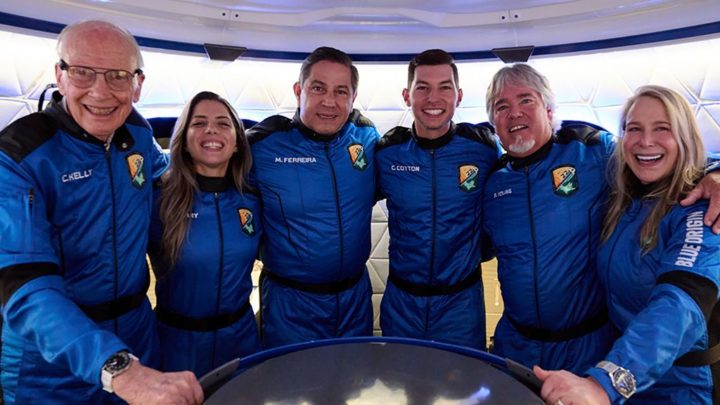 A new trip to suborbital space by Blue Origin is scheduled for 2:30 pm, Lisbon time, which can be seen as a ride on any carousel in an amusement park, but for rich people.

On board this tourist space trip will be Mário Ferreira, the first Portuguese, to embark on a trip of this kind that will take with him port wine, filigree and the rabelo boat, in a clear tribute to the north of the country. Join us to follow everything live.

The autonomous and reusable New Shepard capsule (NS-22) is scheduled to take off at 2:30 pm, Lisbon time (8:30 am CDT), from the Texas desert, in the United States, more specifically from the Launch Site One.

On board will be Mário Ferreira, the Portuguese businessman, who is seeing this experience as a new business opportunity. According to statements made yesterday, the businessman believes that there will soon be orbital resorts for tourism and scientific experiments, revealing that he is "very attentive to the great possibilities that the pioneering spirit of these programs have in many areas".

In fact, taking a bottle of Port wine on board will serve as an experience. According to him, it will serve to "see what changes a 2003 vintage may undergo. This will prove whether G forces and lack of gravity can change factors such as flavor, color, and whether there will be other chemical or molecular changes.

The price of such a trip is not known in a concrete way, however, values ​​in the order of 200 thousand to 300 thousand dollars are advanced. Values ​​that, however, Mário Ferreira says are not close to reality, implying that they are quite inferior.

The launch is being monitored in directly on the Blue Origin websitein your youtube channel and not twitter.

The crew is already entering the NS-22:

Astronaut load procedure has begun and the crew of #NS22 are on their way to the launch tower.