You Brazilians are the ones who spent the most time per day on their cell phone in 2021, alongside Indonesia. According to the report State of Mobile 2022, local users spent an average of 5.4 hours a day using the device. This is the second consecutive year that Brazil leads the question in the survey by the consultancy annie app.

In data collected only on Android devices, Brazil is one of the few to exceed the five-hour daily mark, alongside Indonesia and South Korea. The study shows a growth in Brazilian consumption since 2019. In the last year without a pandemic, the Tupiniquim people used cell phone 4.1 hours a day. In 2020 it rose to 5.2 hours.

Among the 17 countries where users spend the most time on their cell phones per day, only Argentina and China reduced the amount of hours between 2020 and 2021.

In total hours counting all users, Brazil reached the mark of 193 million hours, ranking fourth overall. Ahead are the United States, India and China. The latter, due to its population, exceeded the 1 trillion hours mark connected to a cell phone.

TikTok leads in downloads and is second in usage time

Unsurprisingly, TikTok leads the Brazilian market in terms of downloads. In second place is the e-commerce Shopee and closing the podium is Kwai. Who left the list were the popular Instagram and WhatsApp that make the Meta group.

However, messenger Mark Zuckerberg remains the leader in usage time among social apps. Users in Brazil spend an average of 29.2 hours per month on the messaging app. There was a drop compared to 2020, when users in the country spent, on average, 30.2 hours per month on the service. WhatsApp was also named as the application that Brazilians open the most throughout the day in the “Panorama” survey, carried out in December by the website Mobile Time and the research firm Opinion Box. 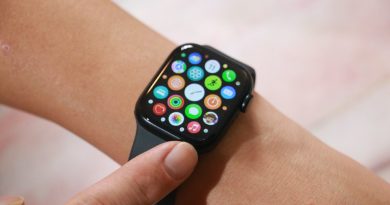 WhatsApp Web: How to download multiple files at once