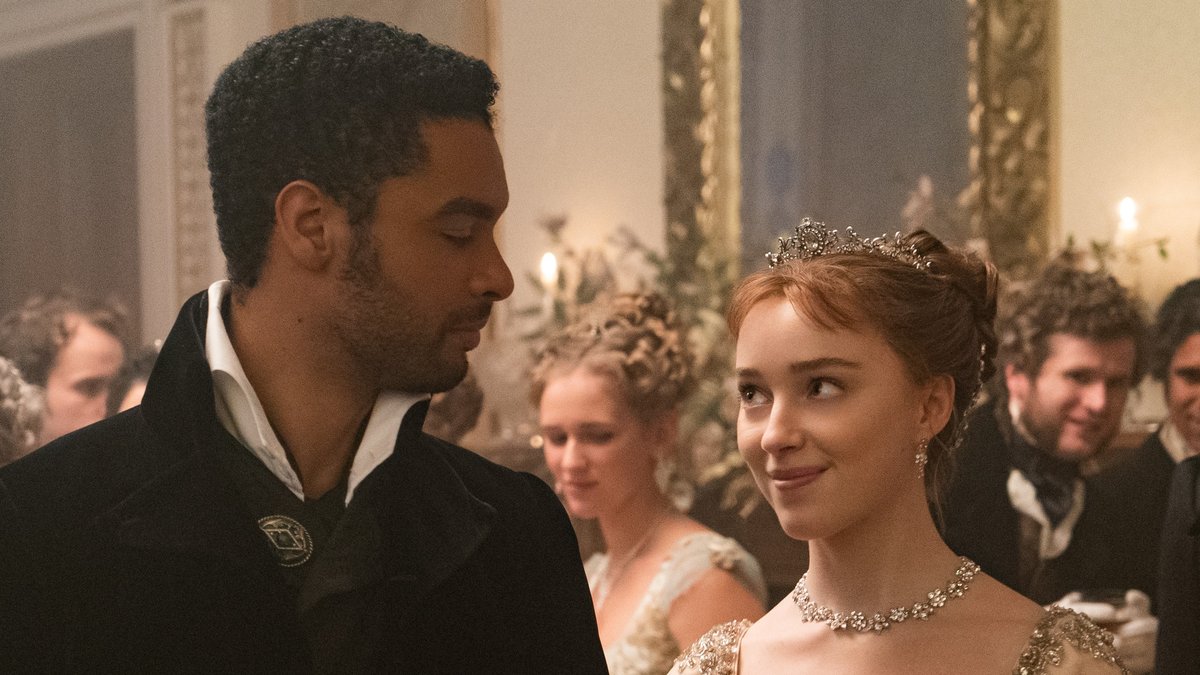 Regé-Jean Page (34) will no longer appear as Simon Basset, Duke of Hastings, in the Netflix series Bridgerton. Apparently his character does. On March 25, the successful show will start its second season. Simon’s wife, Duchess Daphne (Phoebe Dynevor, 26), will then stand by her brother.

“Daphne remains an important part of our story. She’s a devoted wife now, and of course still a loyal sister to her seven siblings,” series creator Chris Van Dusen told Entertainment Weekly. He added that Daphne will be helping her brother Anthony (Jonathan Bailey, 33) in season two. He is looking for a bride in the new ball season. It’s the reverse of season one when Anthony stuck his nose into Daphne’s affairs. Daphne will now take revenge, Van Dusen promises.

Actress Phoebe Dynevor also added, “Daphne has become the adult of the family. She found what she was looking for – she had a baby, she is a wife and a mother.” The naive, young woman from the first season has become a self-confident person: “She runs the family,” says Dynevor: “You is the rock of the siblings this season, which is lovely to play.” Daphne now knows “what love is and what marriage means and she’s trying to pass that knowledge on to Anthony.”

In addition, in season two, fans see a Daphne who is “a lot more relaxed,” explains the 26-year-old. “She comes back into the house completely relieved and ready to have fun and let off steam a bit.”

Stress between Penelope and Eloise?

The friendship between Penelope Featherington (Nicola Coughlan, 35) and Eloise Bridgerton (Claudia Jessie, 32) is apparently less happy. Speaking about the new episodes, Claudia Jessie told Entertainment Weekly that her character’s determination to expose Lady Whistledown will drive a wedge between the friends. Viewers have known since the season one finale that Penelope had been pulling the strings the whole time as Lady Whistledown…

The uncomplicated friendship between the two women is apparently being put to the test: “They are getting older and they have secrets. It’s going to shake them both,” Jessie said. Her colleague Coughlan added that it “will be frustrating for Eloise to learn that Penelope does all the things she wants to do and that she has a voice and power and can change things.”

Penelope thinks Eloise is “the funniest, smartest and best person in the world” – Whistledown is primarily there to impress her, Coughlan continued. The actress also acknowledged that Penelope’s motives aren’t always nice: “Hurt people hurt people,” she said. “People don’t treat them well.” Whistledown allows her to direct and move things as she pleases. After all, many people depend on the judgment of the mysterious gossip columnist in the series, which is set in Regency-era London…