Two decades ago, when I was three to four years old and we still didn’t have the PC with Windows 98 at home, the netscape stopped charging for your browser. Since then, this has been the pattern in Internet: browsers are free and period! Before that it was normal for you to buy a computer with Windows installed and the Internet Explorer (IE). until today the Microsoft makes this “sale” married, but no longer with the IEand yes with the Microsoft edgeyour new browser.

Would you pay for a browser?

But stop and think: would you be willing to pay, I’m going to give a random amount, 300 reais to buy the license google app Chrome for a year? Or maybe pay 10 reais a month to sign the Mozilla Firefox? With many services it works like this. THE Adobe has a subscription to its services, the Google offers subscription to drivefor example, of YouTube Premium. Antiviruses such as Kaspersky and Nortonhas the business model as the first example on the Chrome. You buy a package to have one year of use of the product. there is still the option freemium of these antiviruses… And of course, of several other services. You can use it without paying, but it has limited services. However, before explaining how they survive, let’s explain their emergence. 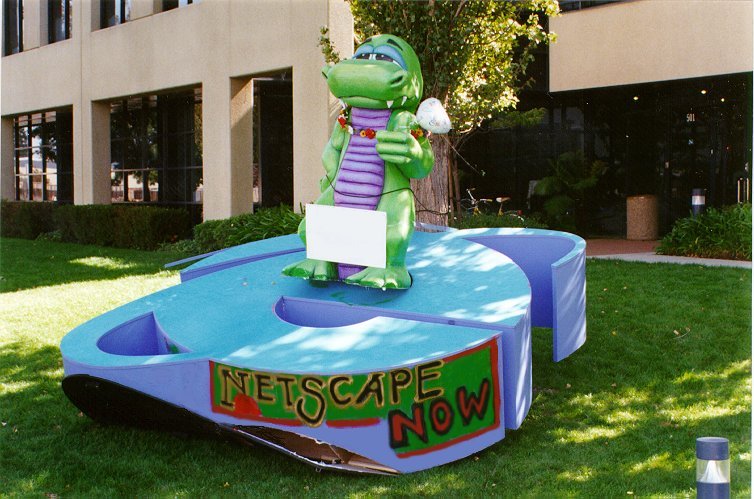 1997: Images of a browser war battle between Microsoft and Netscape. Source in this link.

The saying goes that the can opener came about immediately after the creation of the can. In fact it was not like that, it took years for people to open cans in more practical ways. And what does this have to do with browsers? Well, the first browser was created almost with the World Wide Weba web that we use today and is confused with the very Internet (he’ll say he’s never heard the prayer “wow, I can’t get on the Internet). The creator of WWWTim Berners-Lee, also created the browser WorldWideWeb (all together) to provide an interface for accessing documents and spreadsheets hosted on web. Thus emerged the navigators, whose main names in the beginning were the Internet Explorer and Netscape Navigator.

The main way of IE make money was the partnership between Microsoft and PC manufacturers through the OEM method. Manufacturers, such as Dell and HP, sold their products with the Windows installed along with the browser. Meanwhile the netscape was losing market share, maintaining a charging system for commercial use and a “freemium”. The quotes are because the average user paid whenever he wanted, similar to the famous “pay WinRar”. THE netscape sued the Microsoft by monopoly and won. But according to the newspapers of the time, the victory came late and the Microsoft was winning the browser wars. So the navigator became free in January 1998, with the netscape trying to support themselves in other services online, as servers. It went wrong, but it went right…

Pay for a browser? Never

The source code of Netscape Navigator gave rise to the Mozilla Firefoxwho can be considered the successor of the deceased. Mozilla was the name of the mascot of netscape, the one in the first photo. When it was launched in 2002, it started a new era of browser warsonly not with A x B, plus an E x F x C x O. And nobody pays to use any browser these days (maybe there are those who want to?).

But if nobody pays, how do they survive? It’s because the product is you!

Let’s explain it in parts, first excluding who uses the Microsoft Edge. if you use the Firefox, Safari, Opera (hail!) or Chromethere is one Search Engine default search when you install browser and use it for the first time: the Google. taking the ChromeThe Google pay these browsers so that your Search Engine be the default. including the apple received 15 billion dollars in the renewal of the contract for the exclusivity of the Search Engine. This money is enough to pay the team responsible for the Safari for a few years. O Opera uses the Google as a search engine since 2001 and renewed the contract for several more years in December 2021. The values ​​were not leaked.

Opera has shortcuts to use other seekers. By default, in the first image, the Google. By typing the letter “y”, the user will use Yahoo as a search engine.

It’s the Chrome, huh? O Chrome receives money from home, which in turn receives a large part of its income through the Google Ads, those “advertisements” that appear when you search for something. As much as a click costs “cents” for the advertiser, companies run campaigns with a big budget. From click to click, Google fills the conversation. Or something like this. And not to mention the integration between the Chrome and the other services of Googlehow drive, YouTube and Gmail. Everything is just a click away from you when using Chrome and log in with your account Google. 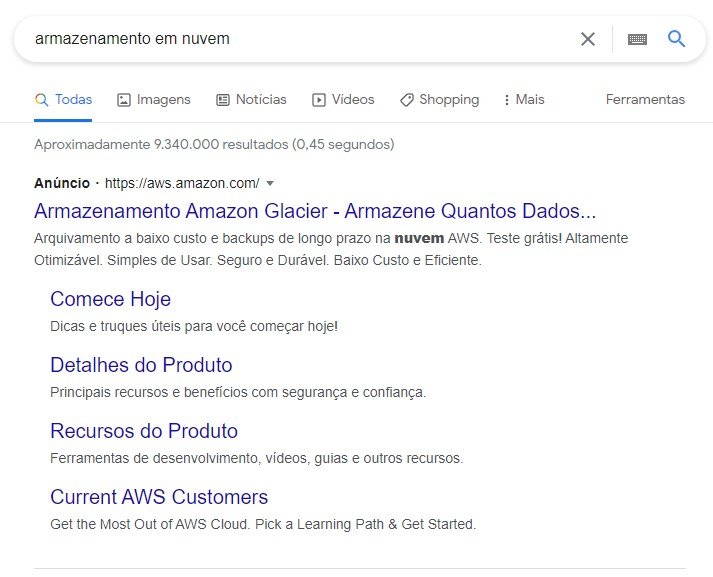 Amazon ad when searching for cloud storage. Did you click on the ad? O Google deducts from the advertiser’s budget.

And then there’s an endless click, as they sing in The Lion King. Google pays 15 billion here for the exclusivity of the Safariplus an X value there at Opera and Firefox. The user searches for something, clicks on the ad and gives more money to the Google and for the Chrome (indirectly). And what is the main system of ads on website banners? Rhetorical question. And another thing, the Opera also has partnerships so that some sites are the default in their Speed ​​Dial functionality.

Said as the Chrome sustains, or rather, the Google makes money, it’s easy to explain how the Microsoft do the edge be profitable. The difference is that they use the Bing. O Search Engine also has its paid ads in search and that “pays” the edge. Of course, being owned by one of the biggest technology companies in the world, which charges BRL 1,099.00 for the Home version of Windows 11also helps.

Do you accept Bing?

would you sign a browser with extra features? Have you ever thought about Chrome making tab grouping available only in the “Pro” version? tell in the comments