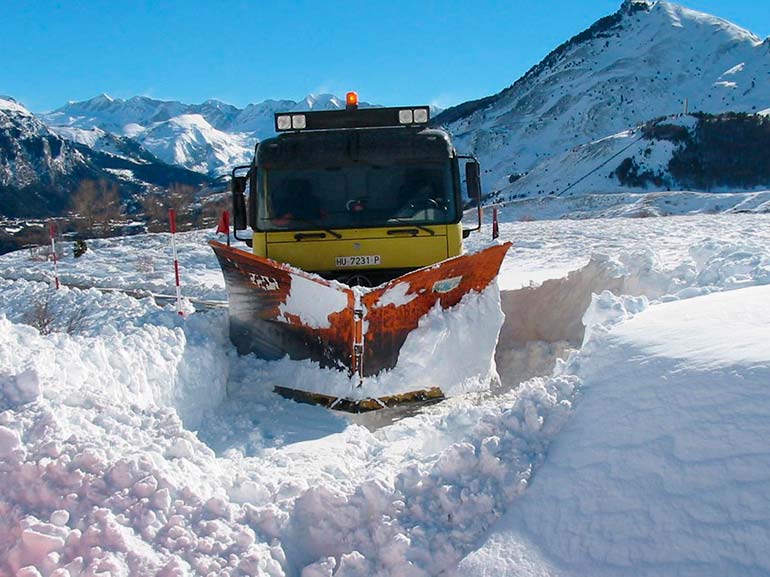 What was expected to be one of the best December long weekends on record in occupancy data, has ended up being a barrage of last-minute cancellations for businessmen in the Tena Valley.

Everything pointed to record figures in the Aragonese Pyrenees, despite the forecast of heavy snowfalls for the weekend of the Constitution Bridge. The last minute cancellations were not remarkable until Tuesday, when notices from the General Directorate of Traffic (DGT) alerted thousands of tourists who decided to advance their return for fear of the expected heavy snowfall.

Predictions for 80% occupancy for the night of Tuesday, December 7, plummeted. “The influx of tourists was significantly reduced as a result of the news” have pointed out businessmen from the Tena Valley, who also believe that measures should be taken in this regard. «We should bet more on training and awareness, than on scaremongering. It is not normal that every time snowfall is forecast at low levels, the whole country is paralyzed, “they lamented.

For all the people who make a living from tourism in the area, “it is necessary to reinforce the winter viability of the roads.” “The cleaning and maintenance of roads must be reinforced to prevent the same thing from happening every year,” pointed out sources from the Valle de Tena Business Association, reflecting the general ill-being faced with the evident lack of resources in recent days .