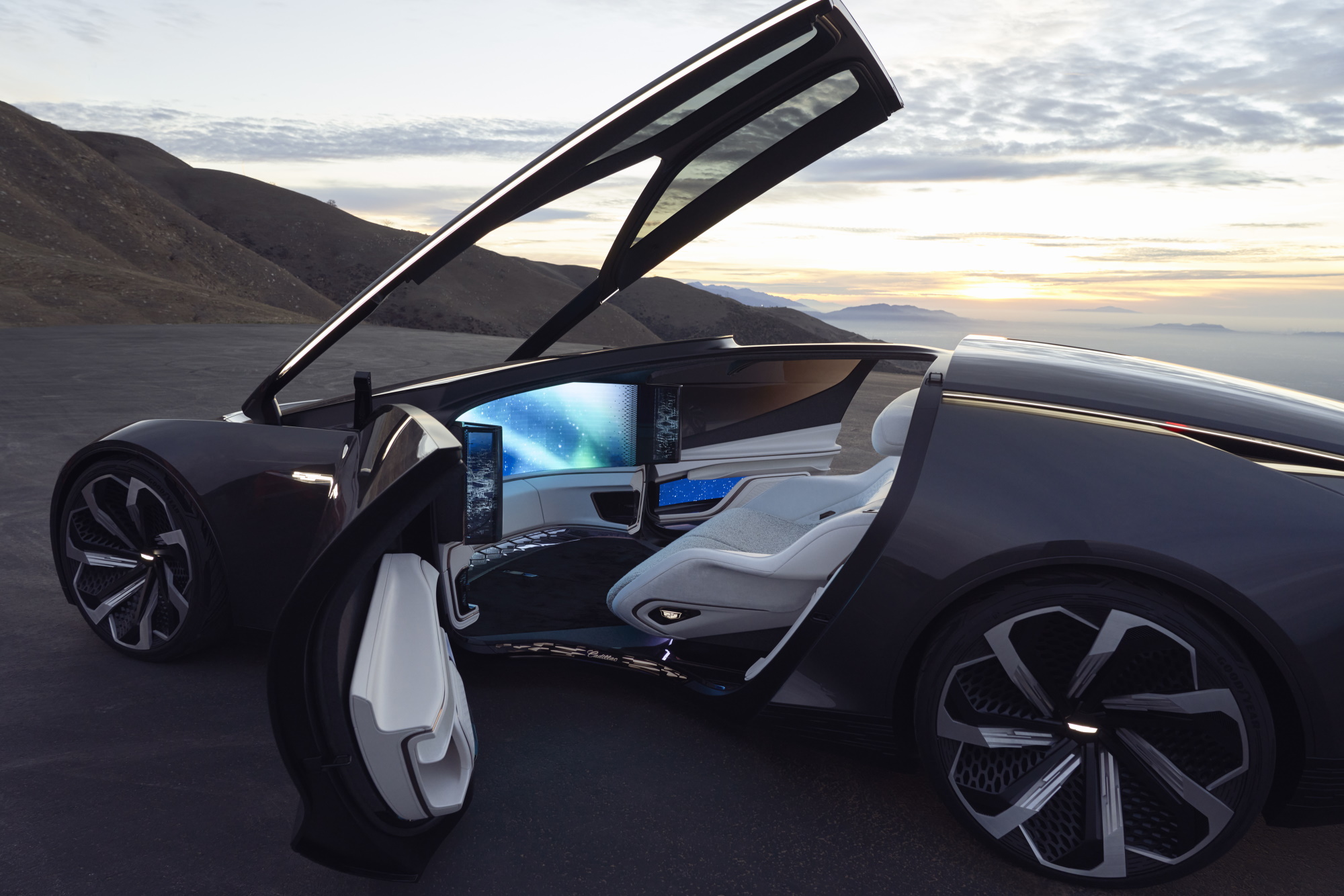 After introducing a six-person autonomous steering gear and a mountable drone concept last year, GM’s latest luxury autonomous EV idea is much more grounded. THE InnerSpace Concept it looks like a futuristic car from the outside, but inside, there’s a two-seater love seat surrounded by one of the widest screens we’ve ever seen. There are no steering wheels or pedals, of course. Instead, there’s a built-in ottoman and a compartment for slippers and a blanket. Wherever GM is going, you won’t need any kind of manual control.

Even getting into the car feels like something out of science fiction: the doors open as the big windshield/sunroof rises. As usual, concepts like InnerSpace are a way for car designers to flex their muscles and imagine what future vehicles might actually look like. While it certainly seems out of reach for most people, perhaps Cadillac’s wealthiest clientele are intrigued by owning a personal spacecraft. At least it’s better for the environment than full-size luxury SUVs.

“Electrification and autonomous driving will fundamentally change the role of vehicles and the experiences that customers have with them,” said Bryan Nesbitt, GM’s executive director, Global Advanced Design, in a statement. “We are exploring where this is going with these innovative concepts, envisioning mobility as an ally of well-being, offering customers maximum luxury, more personal time instead of taking it.”

As someone who hates driving but lives in a place I can’t help it, it will be interesting to see how automakers turn these autonomous concept vehicles into reality. And maybe after putting these wild designs into their systems, they’ll show us more concepts for family standalone EVs.