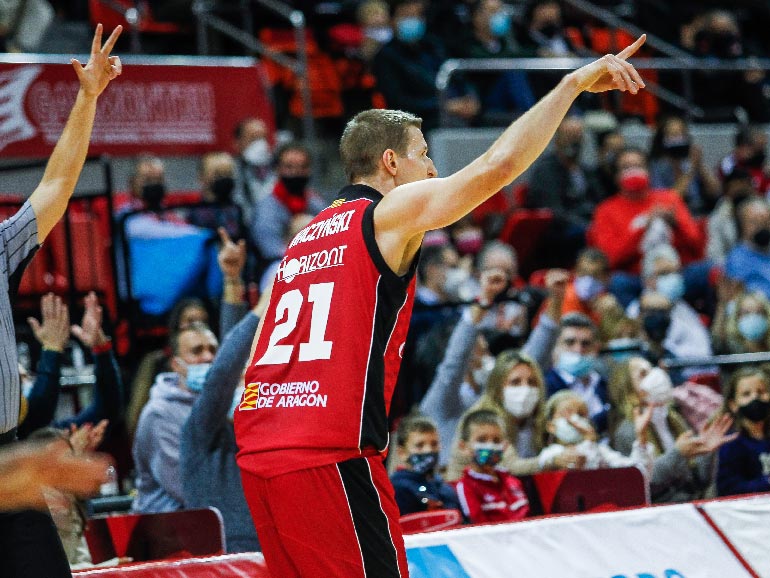 The Polish player Adam Wazcynski will continue until the end of the season in the red discipline, as Casademont Zaragoza will not execute the cut option provided for in his contract in the near future. It is the second movement of the “rojillo” club this Thursday, after the announcement of the arrival of North American point guard Jordan Bone.

The player born in Torun (1989) arrived at the beginning of the campaign to make up for Santi Yusta’s absence due to injury. Since wearing the red elastic, the number 21 of Casademont Zaragoza has completed twelve games in the Endesa League, in which he has averaged 10 points, 2.8 rebounds and an efficiency of 11.5 in an average of 18 minutes per game. He also played all six FIBA ​​Europe Cup matches, posting 9.8 points, 1.2 rebounds and 1.5 assists in 19.3 minutes of play.

The Polish forward is thus contesting a new season of the Endesa League after having also played for two other Spanish teams, such as Obradoiro and Unicaja de Málaga, and will be playing basketball in Spain for eight years.