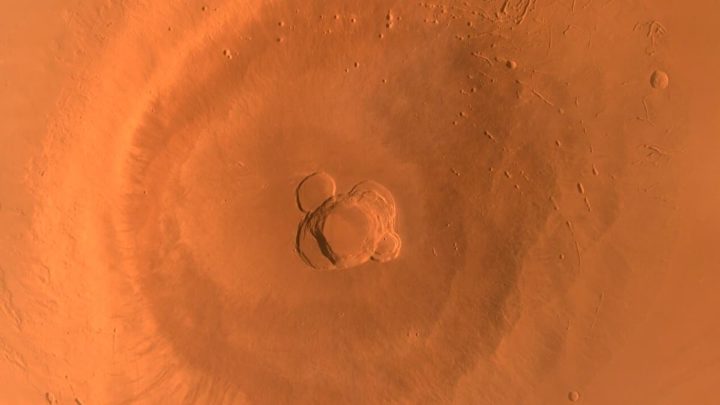 Mars is a planet already disputed by several nations. The US has active missions on the planet with several robots, including NASA’s Ingenuity and Perseverance team. China, too, is on the ground and orbiting Martian lands, with a rover and an orbiter.

Contents
Mars through the eyes of ChinaWhat will be the future of the Tianwen-1 mission?

It was with this equipment that the Asian giant’s mission was able to complete its scientific objectives. According to information from Xinhuathe Tianwen-1 mission.

The United States is not the only country with active missions to Mars. While the Ingenuity helicopter and the Perseverance rover get most of the attention and surprise us with their discoveries, China has successfully deployed a rover and an orbiter to the red planet.

Tianwen-1 arrived at Mars in February 2021. In May 2021, the land module and rover successfully passed through the Martian atmosphere and landed in Utopia Planitia, a huge impact basin on Mars. The orbiter remained in orbit to support the mission, capturing images and other scientific data, as well as maintaining the communications link with Earth. 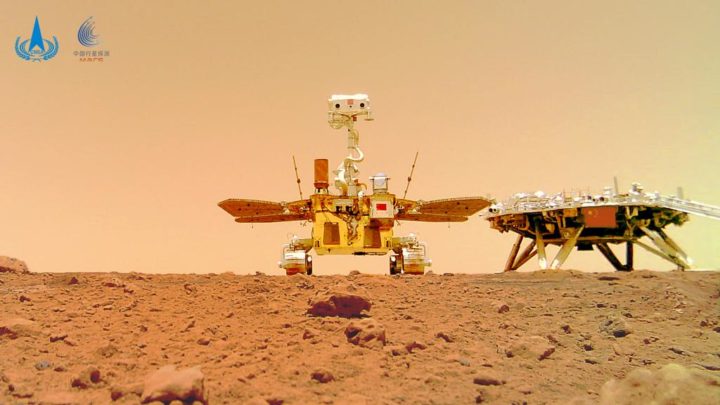 Mars through the eyes of China

During its mission, the rover and orbiter, which have a total of 13 science instruments, collected 1,040 GB of data, including high-resolution images of Mars. This is an enormous amount of information that, according to the China's National Space Administration (CNSA), is still being processed and will be released over the next few months.

While we wait to explore some of the most intriguing areas on Mars in detail, CNSA has shared a series of early images. These show us the peculiar Martian landscape, with its characteristic dunes, volcanoes and craters of red-orange dust, and even the South Pole, as well as the cliffs and ridges of Valles Marineris. 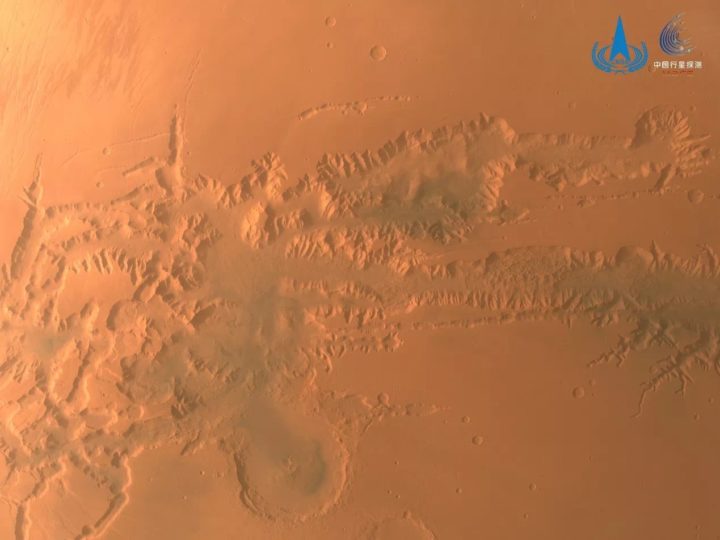 Valles Marineris, an area located in the east of the Tharsis region.

According to information shared by the agency, the cover image of this article corresponds to an image taken from a mountain with a diameter of 456 km and a height of 18 kmwhere different circular geological collapses stand out.

The geographic characteristics of the Valles Marineris canyons were not left out of these initial catchments shared by the CNSA. This is an area that stretches over 4,000 km from east to west. your name is a homage to NASA's Mariner 9 spacecraftwho discovered it in the 1970s. 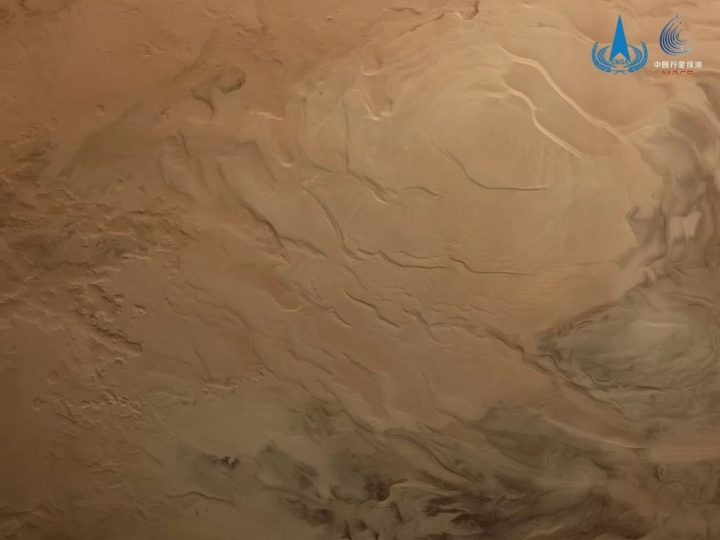 Image of a part of the South Pole of Mars

The orbiter also captured several images of the South Pole, one of the areas of greatest interest to scientists. Some studies claim that hides underground deposits of water ice and frozen carbon dioxide, known as dry ice. Others, however, reject this theory and say the results could be volcanic rock.

As we can see in the image below, the Tianwen-1 orbiter also photographed the Arabia Eartha huge mountainous region located in the northern hemisphere of Mars and considered one of the oldest terrains on the planet. 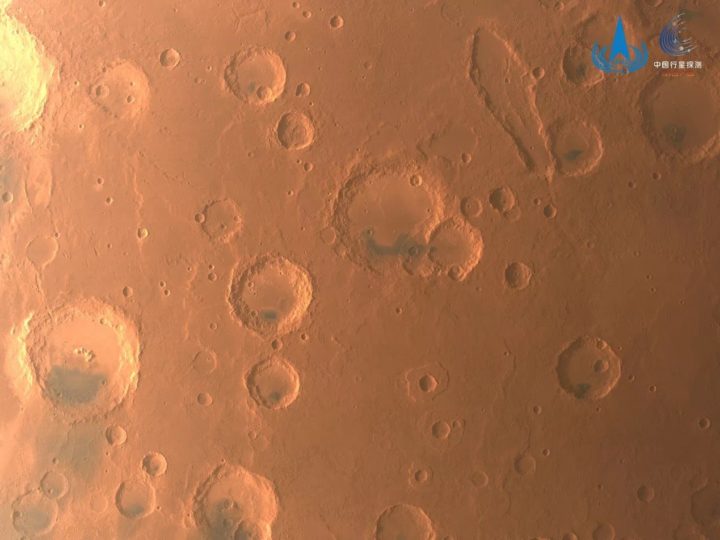 Arabia Terra, a mountainous region in the northern Martian hemisphere

Craters and erosion over thousands of years dominate the landscape. An example of this we have is this image of a crater of approximately 91 km. The capture shows the geomorphological features of its rim, although unfortunately this image, unlike the previous ones, was not shared in color. 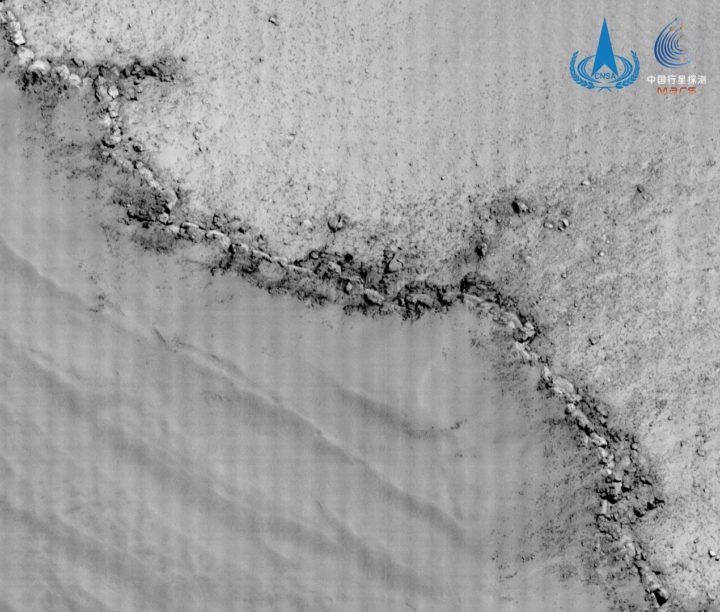 What will be the future of the Tianwen-1 mission?

With the onset of the Martian winter, as well as bad weather conditions, the rover went into idle mode on May 18th. It will remain in this state for about five months, when it will be reactivated for further scientific exploration.

The orbiter, however, will test its systems before starting to pursue its next objective.

It should be noted that China is already preparing the Tianwen-3 mission, with which it hopes to bring samples of Martian soil back to Earth in 2031. This is a very ambitious goal, as it comes two years before the US-Europe mission bring back to Earth the samples collected by the Perseverance rover.