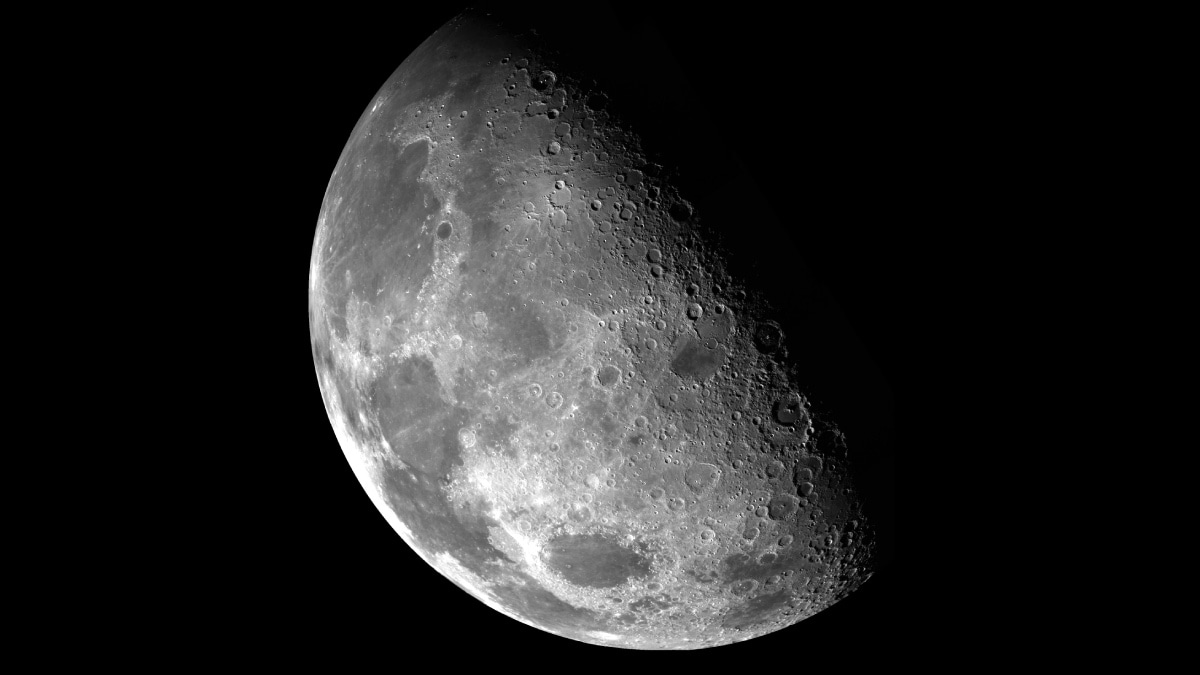 The Chinese lunar module Chang’e 5 found the first on-site evidence of water on the moon’s surface, giving new evidence of the satellite’s dryness.

The study published Saturday in the science journal Science Advances revealed that lunar soil at the landing site contains less than 120 parts per million (ppm) of water or 120 grams of water per ton, and a light, vesicular rock carries 180 ppm, which is much drier than on Earth.

The presence of water was confirmed by remote observation, but the spacecraft has now detected signs of water in rocks and soil.

A device aboard the lunar module measured the spectral reflectance of the regolith and rock and detected water at the site for the first time.

The water content can be estimated, as the water or hydroxyl molecule absorbs at a frequency of about three micrometers, state news agency Xinhua reported, citing researchers from the Chinese Academy of Sciences (CAS).

It was the solar wind that contributed to the greater moisture in the lunar soil, as it brought in the hydrogen that makes up the water, the researchers said.

The additional 60 ppm water in the rock could originate from the lunar interior, according to the researchers.

Therefore, the rock is estimated to come from an older, moister basaltic unit before being ejected at the landing site to be picked up by the lunar module.

The study revealed that the moon became drier within a certain period, likely due to outgassing of its mantle reservoir.

The Chang’e-5 spacecraft landed on one of the youngest sea basalts located at a mid-high latitude on the moon. He measured the water at the site and collected samples weighing 1,731 grams.

“The returned samples are a mixture of granules both on the surface and underneath. But an in-situ probe can measure the outermost layer of the lunar surface,” Lin Honglei, a researcher at the CAS Institute of Geology and Geophysics, told Xinhua. .

The results are consistent with a preliminary analysis of the returned Chang’e-5 samples, according to the study.

The findings provide more clues about China’s Chang’e-6 and Chang’e-7 missions. Investigations of lunar water reserves gain prominence as construction of manned lunar stations is underway in the coming decades, the report said.