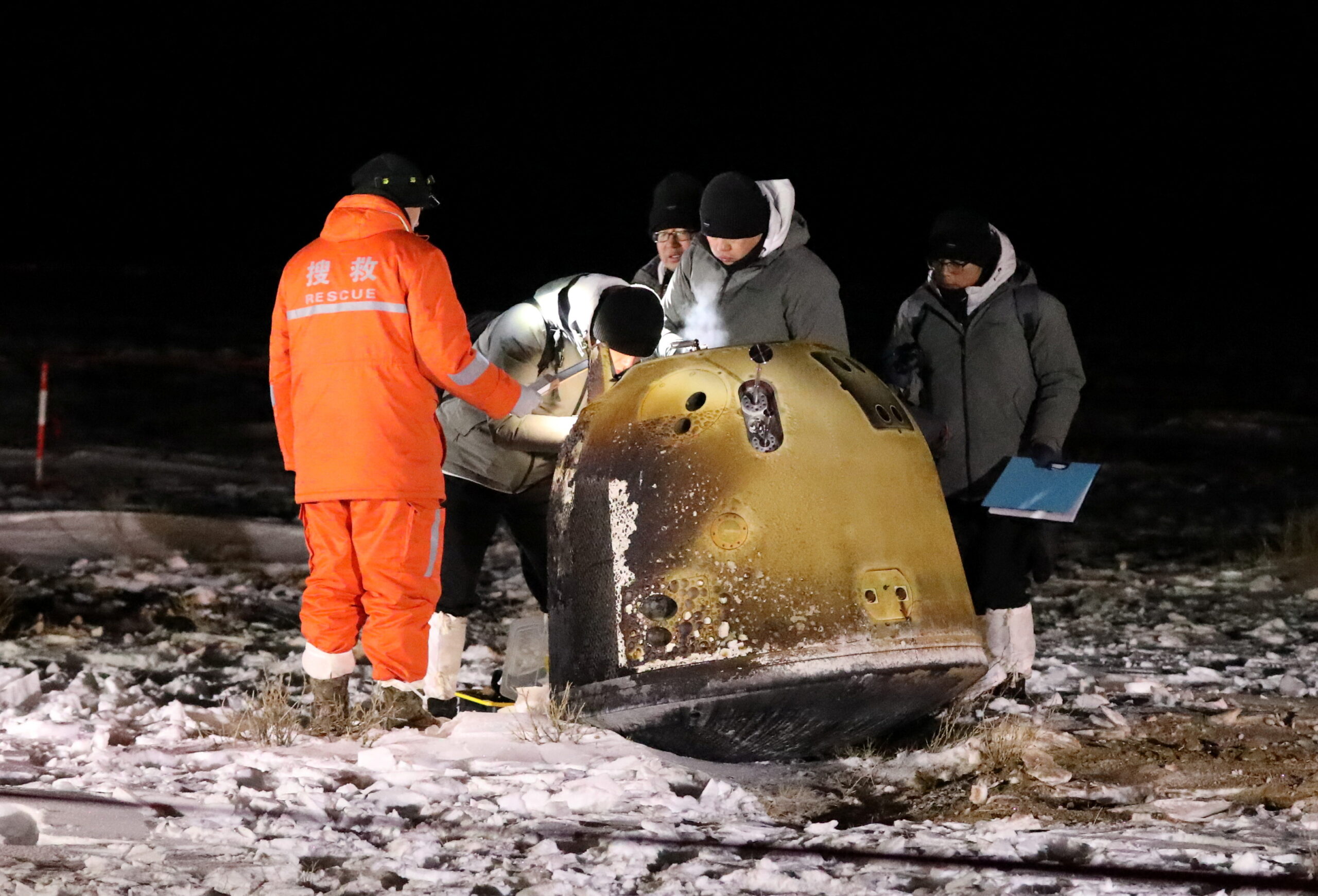 China’s lunar lander has found water on the surface of the Moon, marking the first time scientists have found evidence at the location of the substance on Earth’s satellite. In a study published in , Chinese researchers say the module detected signals from molecules of water or hydroxyl, a close chemical cousin of H2O. Chang’e-5 used a spectrometer to analyze the composition of the regolith in the vicinity of its landing site. Most of the soil was found to have a water concentration of less than 120 parts per million, making Luna’s surface much drier than Earth’s.

Chinese scientists believe that most molecules reached the Moon through a process called solar wind implantation. Charged particles from the sun carried the hydrogen atoms to the lunar surface, where they later bonded with oxygen to form water and hydroxyl. The study builds on NASA’s findings when it found evidence of water on the moon’s sunlit surfaces using an airborne infrared telescope. For decades, scientists believed that the Moon was completely dry due to its almost non-existent atmosphere. With no atmosphere, the thinking was that there was nothing there to protect water molecules from the sun’s strong radiation.