After a “hut on the moon” (which was nothing more than a rock), now the Yutu 2, chinese rover who is exploring the dark side of the moon (also known as dark side of the Moon) found glass spheressimilar to marbles,

While the “that cabin on the moon” generated great repercussion in the media (for really being a curious photo), the “marbles” don’t have much of a mystery to generate a conspiracy theory about aliens playing a game of “bulica” (as my father says). These glass spheres are also found on Earth and are indicative of asteroid impact or volcanic activity (events that generate a lot of heat.) And our dear satellite is constantly battered by meteor impacts and has had volcanic activities in the recent past. But most likely, according to the initial analysis, is that they were produced by the collision with asteroids.

Ready! No aliens or signs that Buzz Aldrin and Neil Armstrong played at marble on the moon. 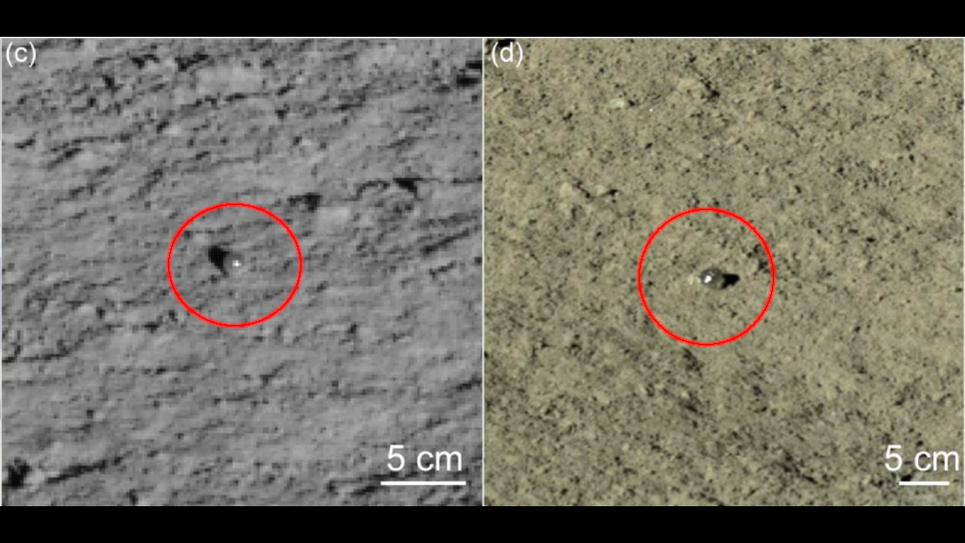 At glass spheres were found by Yutu-2 in the Von Kárman crater, which is located in the large Aitken basin, one of the main points of asteroid impacts in the Moon. At “marbles” measure between 1.5 cm and 2.5 cm in diameter, larger than other spheres found previously, whose average size is less than 1 millimeter.

The spheres found by the American Apollo mission were dark, while those discovered by the Chinese mission Chang’e 4 are translucent and transparent. The heat of an asteroid impact forms these pellets by melting silicate minerals (silicon and oxygen), the spherical shape is acquired while these miners are suspended in the air. The composition of glass spheres will serve to better understand the lunar soil and mantle.