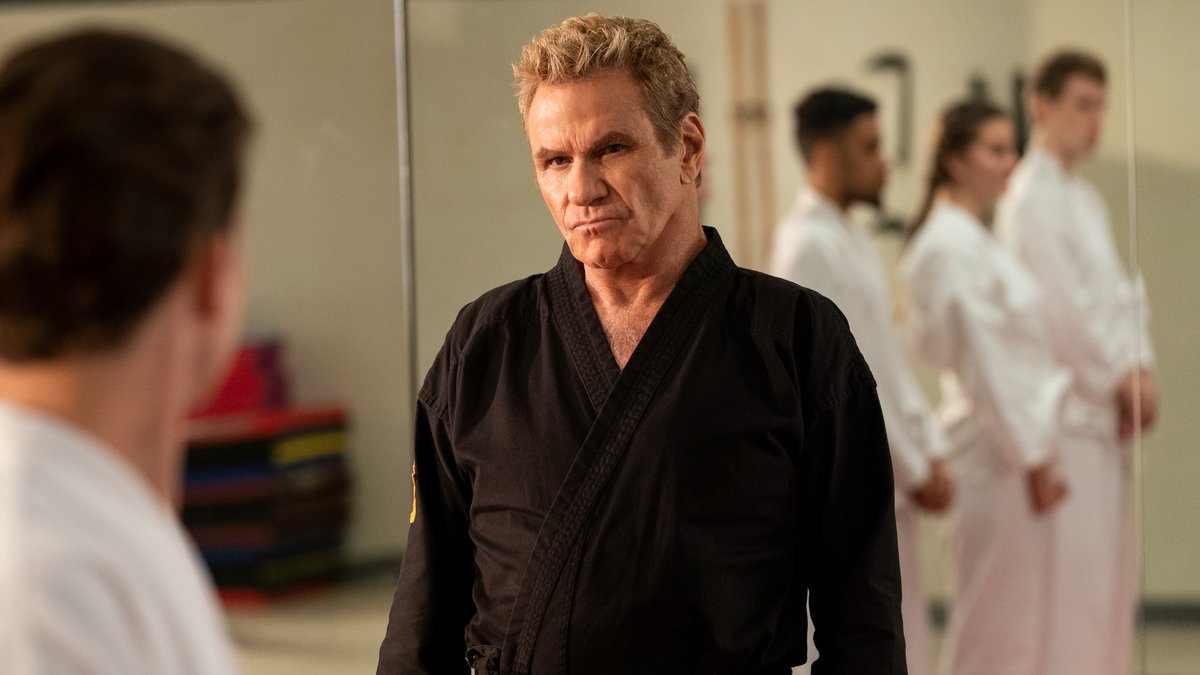 The fourth season of “Cobra Kai” is also very popular on Netflix: As the streaming giant reports, the series, which returned on December 31, 2021, ranks number 1 in the international top 10. It was in over 120 million hours in streamed for the first two days. This leaves the series even “The Witcher” (94 million hours) well behind.

Contents
Season 5 is already in the starting blocks(mia / spot)

Apparently there are also prominent fans who binge the “Karate Kid” series by director Jon Hurwitz (44) and screenwriter Hayden Schlossberg (43). Including the musician Carrie Underwood (38). She had tweeted in 2020 that she thinks the series is “pretty great,” which resulted in a cameo of the country singer in the fourth season. “Be careful what you tweet about ‘Cobra Kai’ if you are a star,” Hayden Schlossberg recently stated in an interview with Entertainment Weekly, explaining that they contacted her immediately after the tweet.

Season 5 is already in the starting blocks

The success story of the series could continue this year: Season five has already been shot and could even appear this summer. This fifth season should also answer a question that fans of “Karate Kid III” have long asked, as Schlossberg announced. “What would have happened if Daniel had lost the end of Karate Kid Part 3?” He tweeted a few days ago.