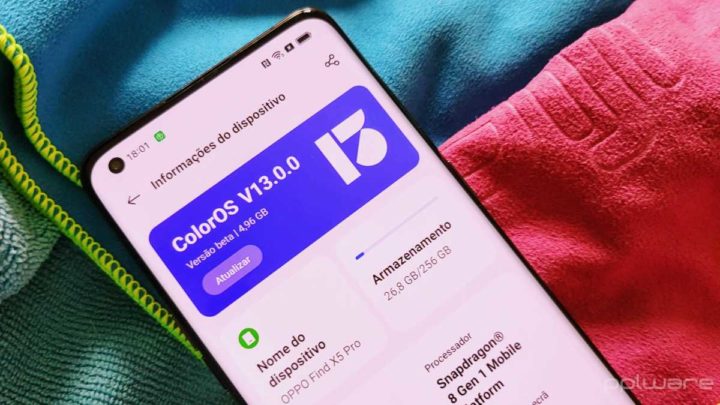 OPPO has in ColorOS 13 its proposal for smartphones to receive Android 13. This new version is full of news, which go beyond what Google has prepared for its new system.

Contents
ColorOS 13: a renovation of OPPO’s systemColor OS 13 interface renewed without losing the baseAndroid 13 present, but with a customizationMuch more than what Google presented on its system

ColorOS 13: a renovation of OPPO's system

ColorOS is OPPO's Android customization for your smartphones. Of course, this new version, ColorOS 13, takes everything Google has created and takes it even higher. We feel that we are in a different version of the original, but with Android at its base and without big flourishes and heavy changes.

It all seems to start with the design and changes that Android 13 brings. This can also be seen in ColorOS 13, but with its own language, which goes further. This is where Aquamorphic Design comes in and gives you even more customization possibilities.

Everything is more fluid and OPPO wanted to keep Google's work. Thus, the themes adapted to the system are present, with the colors of the entire ColorOS 13 adapting naturally and meeting what the user chooses, albeit automatically and even naturally.

Color OS 13 interface renewed without losing the base

Then there are elements that go further than Android 13, with all the interfaces being adjusted and having animations and drawings that naturally fill the spaces. Also the fonts and typography adjust to this natural movement and fill the spaces in a way that is accessible.

As the interface is where users spend most of their time, OPPO decided to focus on this area. The colors used have a higher contrast, which guarantees users a simpler reading. Then there are details such as the folders that can now be larger and allow you to open apps directly.

The Android control center now has larger elements, to be easier to use and manage. Added to this are the widgets, which have a dedicated area and are grouped together to allow even greater control by the user.

Android 13 present, but with a customization

The Always-On Display, which was already useful in previous versions, has now been improved and received new features. The most interesting is the possibility of having information about apps there, such as Spotify, and allowing the control of these same apps, in a simple way. There are also more animations, with bitmojis and usage information.

The improvements go further and are also outside Android itself. Here we talk about OPPO Multi-Screen Connect. This functionality that connects mobile devices to the PC has been improved in ColorOS 13, with the possibility to open 3 apps at the same time and edit files on the PC without having to transfer them.

OPPO didn't want to miss out on giving ColorOS 13 some interesting unique details. We are talking, for example, of Blossom Wallpaper, which monitors the time of use of the smartphone and shows how a plant grows over time, until it reaches the time limit defined by the user.

Much more than what Google presented on its system

Finally, we have Kid Space, which is not limited to being a space dedicated to children. This one goes further and shows recommendations for healthier use. We speak of light, posture or viewing distance.

Of course, security and privacy are an essential part and OPPO bets on that in ColorOS 13. The image capture will hide sensitive information and the user's private area will use high protection so that it cannot be violated or accessed.

Now that it's public, ColorOS 13 is expected to be released for all OPPO smartphones. This will be phased and gradual, in order to control this process. This version shows that OPPO is at the forefront of updates to Android 13 and that it will certainly compete with other manufacturers in this area.